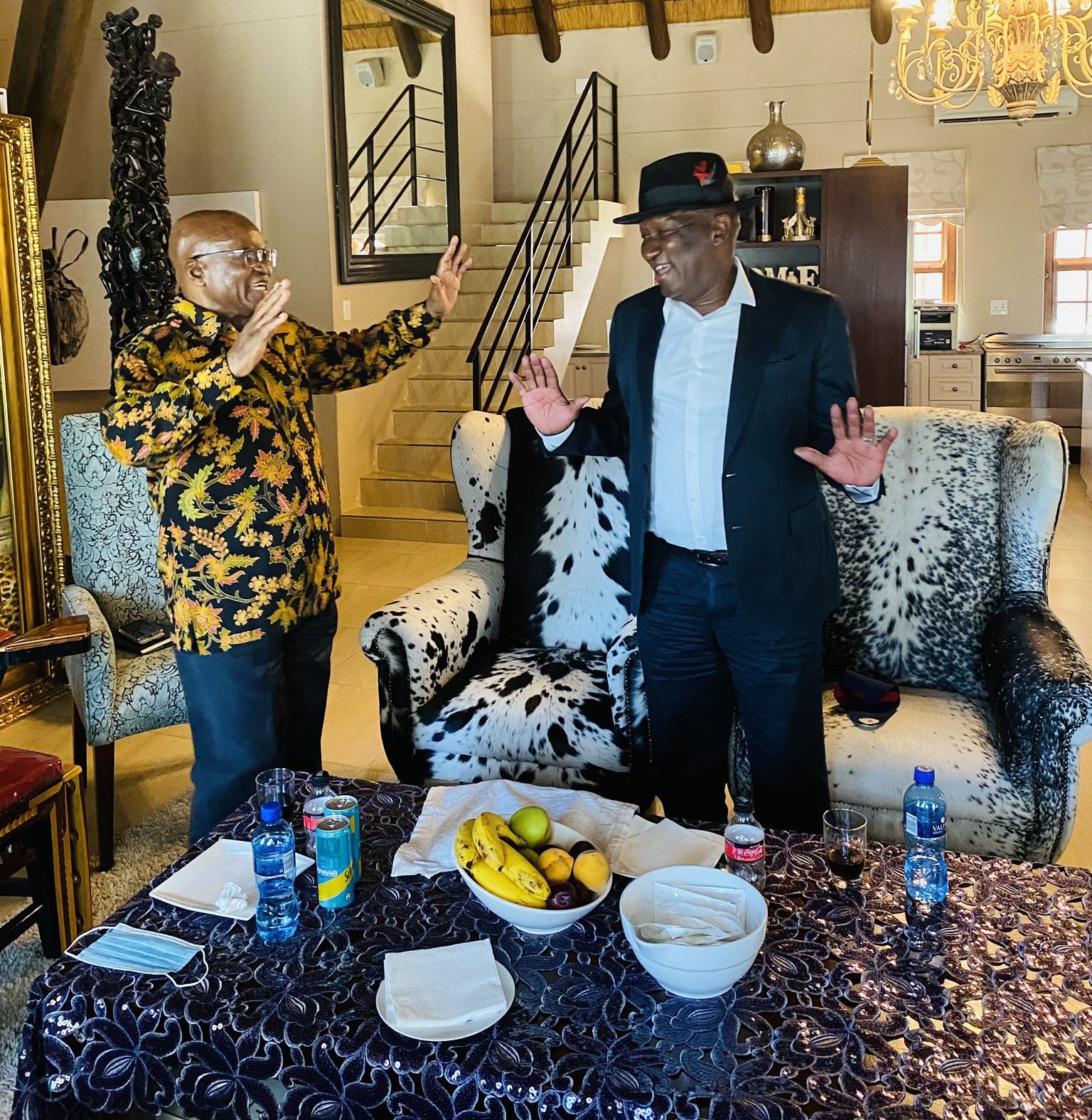 
Police Minister Bheki Cele says law enforcement will execute an warrant arrest for former president Jacob Zuma if it was issued by the courts.

Speaking in an interview on 702, Cele said he did not make arrests, but South African Police Service (SAPS) officers would enforce the law.

“The minister does not make any arrests, but as prescribed by Section 205 of the Constitution the police’s job is to protect, to implement, to enforce, uphold the law and make sure that inhabitants of South Africa are safe, but the biggest part is to enforce the law. So if the courts say enforce the law, the police have no option but to enforce the law,” he said.

On his visit to Zuma’s homestead, Nkandla, in KwaZulu-Natal (KZN), Cele said he only went there to prevent a “disaster” of violence after Umkhonto weSizwe Military Veterans Association (MKMVA) and the ANC in KwaZulu-Natal publicly backed Zuma, with some saying they would physically protect the former president from arrest.

“You know presidents…. they remain the state’s ‘property’. They are protected by the police and the defence until they perish and all that. So we don’t expect some quasi military things that we don’t understand claiming that they are protecting him.

“For instance as I went there there were some people tried to block me [from entering the premises]. I spoke with Msholozi to allow the law and make sure that everything is within the law so that we don’t have disasters like Marikana when going forward,” he said.

Cele further said there was nothing wrong with visiting Zuma during the Commission of Inquiry into Allegations of State capture’s bid to have the former president jailed for two years if found guilty of contempt of court.

“The very same clause saying that police must enforce the law state that we prevent [bad] things from happening. So the police enforcing the law must not have a negative impact that see people at the gate and they die then we talk about those things long after they have happened. So making things happen in a legal and peaceful way there’s nothing wrong with that,” he said.

READ MORE: ConCourt and judiciary under threat by Zuma – Lekota

Last week, the Constitutional Court (ConCourt) heard arguments on Zuma’s failure to honour a summons for him to appear before the commission.

This was after the court ruled in January that Zuma should appear before the commission and answer questions put to him, but he has vowed not to do so.

The former president previously said he didn’t fear being arrested, further accusing the commission of having an agenda against him

The ConCourt has since reserved judgment.