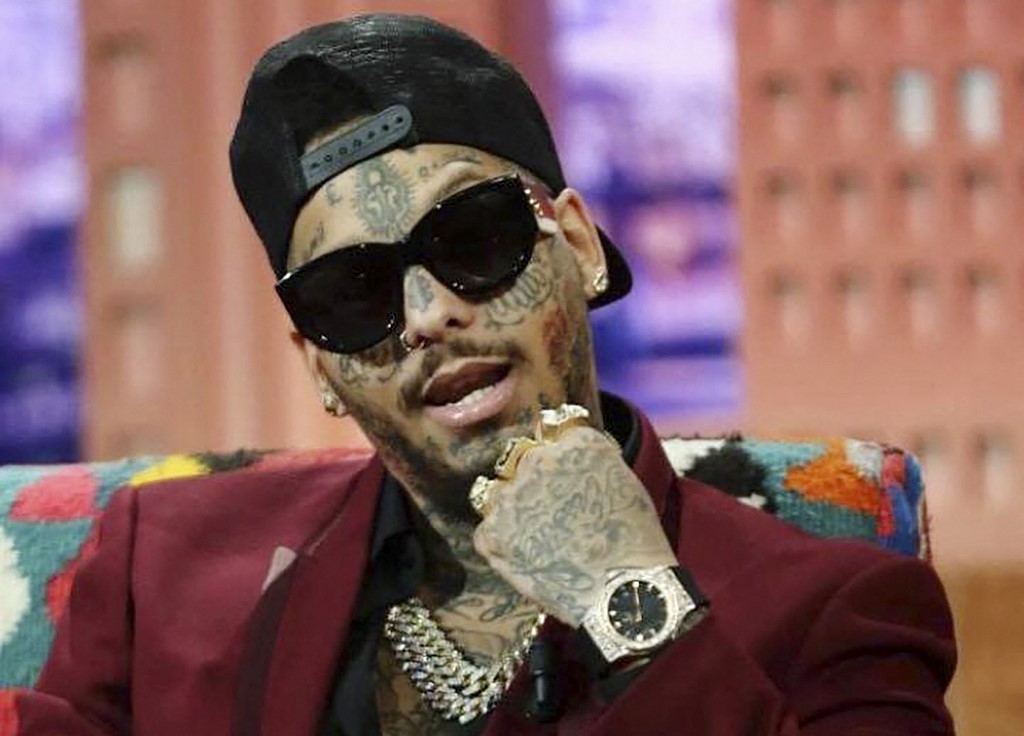 This file picture shows Tunisian-French rapper Swagg Man, who is known for Louis Vuitton logos tattooed on his bald head, during an interview with a television station in Tunis on 11 May 2019. Picture: Mohamed Fliss/AFP

Swagg Man had announced on Instagram that he was raising funds to build a mosque, an orphanage and hotel.

Tunis – Tunisian-French rapper Swagg Man, known for Louis Vuitton logos tattooed on his bald head, has been sentenced to five years in jail for fraud and money laundering, the judiciary said Tuesday.

The 34-year-old rapper, whose real  name is Iteb Zaibet and was born in Nice, became an internet celebrity as well as on television in both countries.

Convicted on Monday, he has been detained since his arrest in Tunisia in July 2019 in connection with suspect money transfers on a Swiss bank account as well as charges of defrauding social media fans.

Swagg Man had announced on Instagram that he was raising funds to build a mosque, an orphanage and hotel.