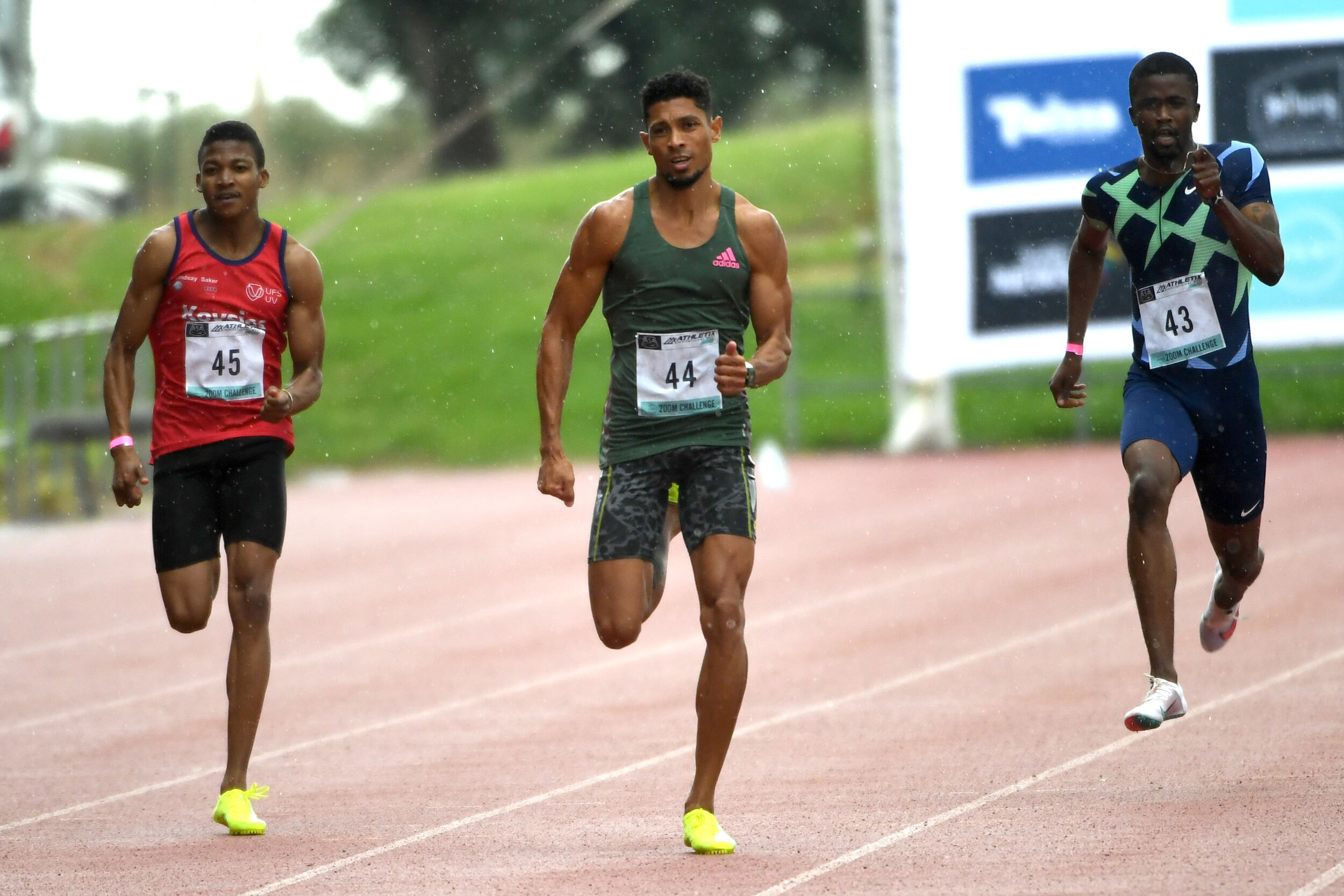 
Olympic 400m champion Wayde van Niekerk made an explosive statement on Tuesday afternoon, storming to a convincing victory over compatriot Akani Simbine at the ASA Athletix Invitational in Roodepoort.

While Simbine had shown fine form by clocking 9.99 seconds over the 100m distance in Pretoria a few days earlier, and Van Niekerk was still on the comeback trail from a serious knee injury, the one-lap world record holder coasted to a fine win in the 200m race at the second and final leg of the invitation series.

Though the wind metre registered at 2.1m/s, suggesting he benefited from an “illegal” tailwind, it changed direction during the 20.10 seconds it took Van Niekerk to complete the half-lap event, and the result was deceptive.

Under pressure in the rain, and in choppy conditions, his result was good. Very good.

“This definitely gave me confidence I didn’t have before,” said Van Niekerk.

“It’s one thing training well, but it’s a different thing executing it against such a quality line-up, guys I have the world of respect for.”

While he had clocked 20.31 over 200m on return to the track last year, Van Niekerk was pleased to take another step forward ahead of the Tokyo Olympics in August.

“I’m growing within these challenges,” he said. “I knew that this was the perfect race for me to climb out of that comfort zone, that anxiety that comes with being out of the sport for so long.”

Simbine was also satisfied with his performance, with the Commonwealth 100m champion taking second place in 20.29 in his first 200m race of the year.

“I just ran a terrible bend, but other than that I’m happy with the race,” Simbine said.

“I’m happy with the load my body can take after last week and last weekend.”