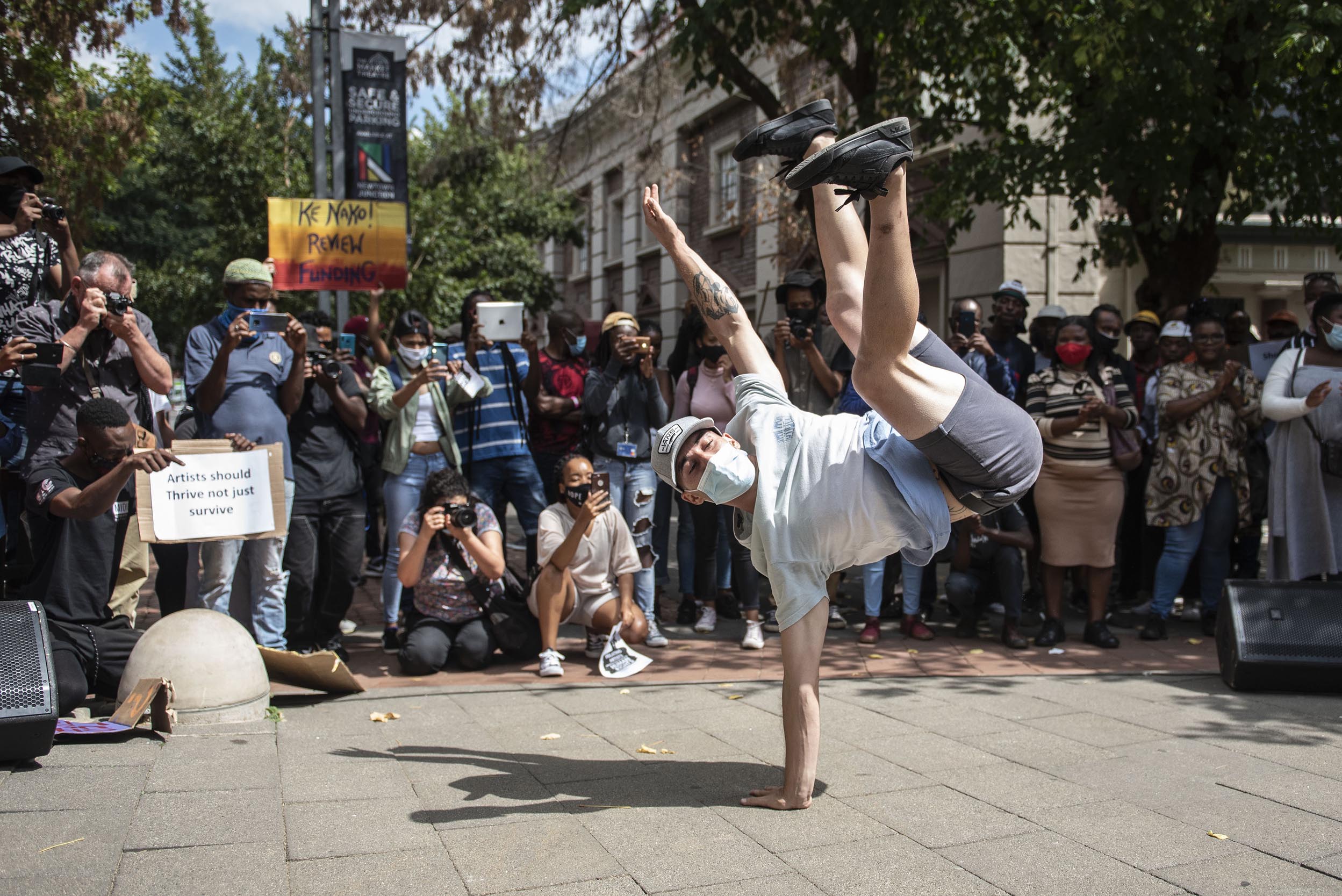 
The board of the National Arts Council has suspended CEO Rosemary Mangope and CFO Clifton Changfoot pending an investigation into alleged mismanagement of a R300 million presidential Covid-19 stimulus fund that was set up to rescue the sector last year.

This was announced by Arts and Culture minister Nathi Mthethwa on Monday afternoon. This follows a 25-day sit-in protest by artists under the #Im4theArts movement which was demanding the release of funds allocated to applicants in the fund.

The presidential stimulus package was allocated to the National Arts Council in September last year as part of the department’s R665 million allocation for Covid-19 relief for the Department of Sports, Arts and Culture. The funds were meant to provide relief and create jobs for thousands of artists.

A public call was made to applicants in October last year and by December 2020, more than 1,000 successful applicants had received contracts for the funding.

But, according to Mthethwa, a group of adjudicators complained to the new board which started in January this year, about how the process was handled. It was then discovered that the funds had been over-allocated by more than double, totaling R611 million in contract allocations from the R300 million budget.

Mthethwa was told the adjudicators received conflicting information when they questioned management about the irregularity.

According to Mthethwa, the department would initiate a forensic investigation into the fund allocation process and indicated more heads may roll.

” We are also told some people who applied have been given more than they have applied for. All those things will have to come out during the process.

“The focus is not only on management and staff of the NAC, we are also focusing on those who were supposed to have done their fiduciary duty in this matter,” Mthethwa said. He also apologised to the “sector as a whole” for the NAC’s errors.