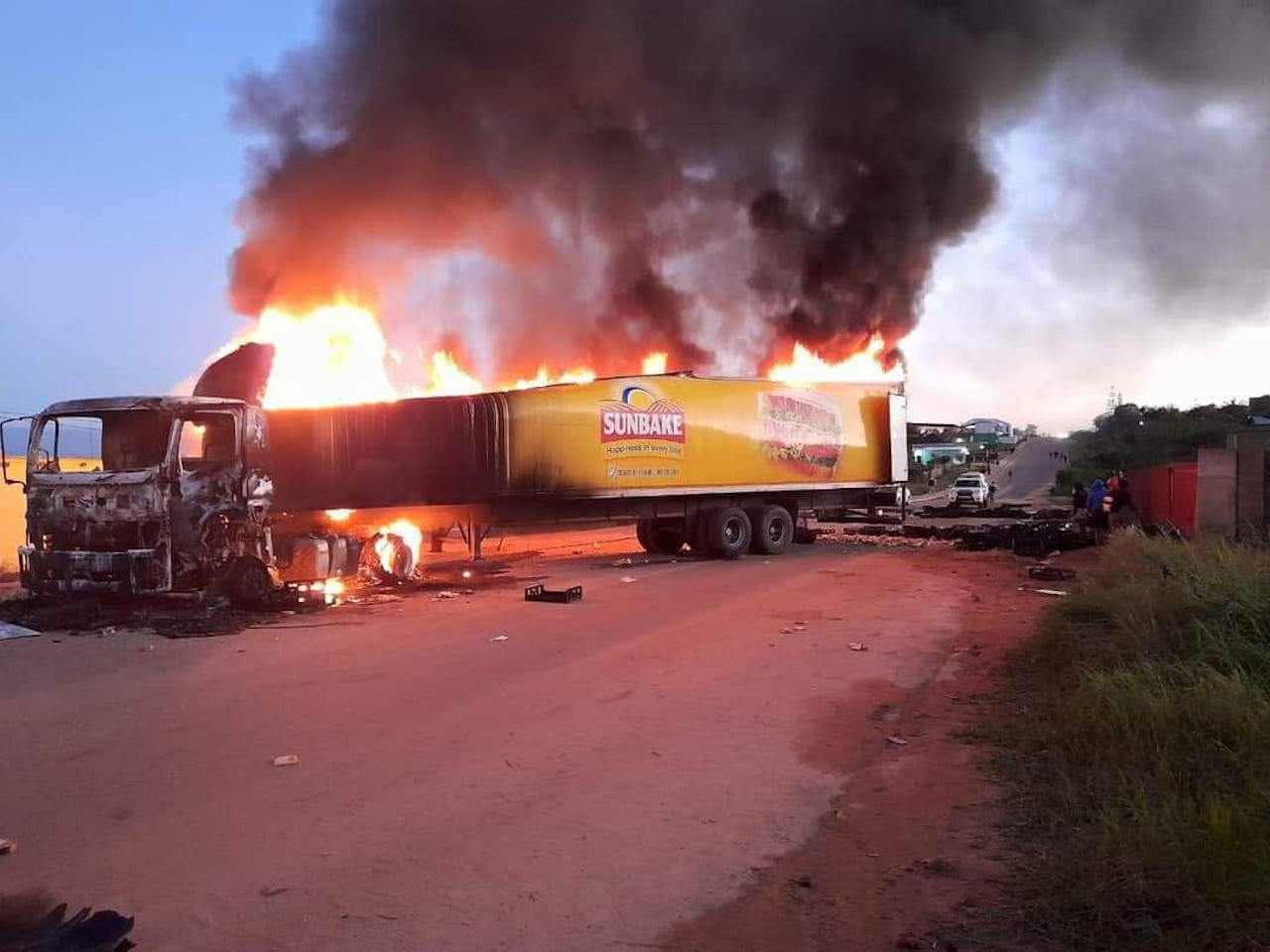 
Intense protest action in the Hazyview area near the Kruger National Park’s (KNP’s) Numbi Gate junction has resulted in a truck being set alight.

South African National Parks (SANParks) media specialist Isaac Phaahla said although the scene had been cleared, guests are urged to remain cautious and still advised to use alternative gates if possible.

The incident was confirmed by police Brigadier Leonard Hlathi, who said protest action took place in a nearby community around 3am on Monday morning.

Protesters began demonstrating by barricading roads. During the course of the protest action, a bread truck was set alight, causing damage of more than R1.8 million, Hlathi said.

In addition to the truck being set alight, the bread it was transporting was looted.

⚠️WARNING⚠️
A protest action on the R538 Whiteriver-Hazyview: Protest action on the Numbi Gate junction has been reported. Guests are advised to use alternative gates for exit and entrance into the park. There is a burning truck obstructing the road. pic.twitter.com/YQ3KFSGJgH

“Things are still tense in the area and police are closely monitoring the situation.”

No arrests have been made yet, but Hlathi said police are investigating cases of malicious damage to property, theft and public violence.