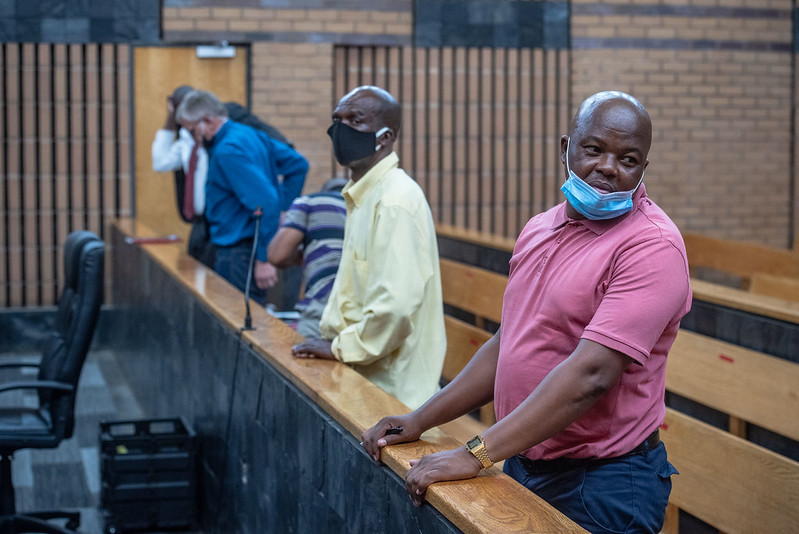 Katlego Joseph Sekgweleya (R) one of the six members of the South African Police Services at the North West High Court appearing for the trial relating to the events that lead to the death of three mine workers and two Police officers in August 2016, 20 October 2020. Picture: Jacques Nelles

The men were also acquitted on charges of contravening the IPID Act by not reporting the death of a miner in police custody.

The former deputy police commissioner in the North West, General William Mpembe, and three other senior police officers have been acquitted on all three charges relating to the August 2012 Marikana massacre.

Mpembe, along with his co-accused, Brigadier Jacobus van Zyl, Brigadier Dingaan Madoda and Lieutenant-Colonel Oupa Pule, faced a charge of defeating the ends of justice for allegedly concealing information about the murder of Modisaotsile van Wyk Segalala.

Segalala died in a police van after miners participated in a wage strike on 16 August 2012.

He said the NPA will study the judgment to “in order to make an informed decision”.