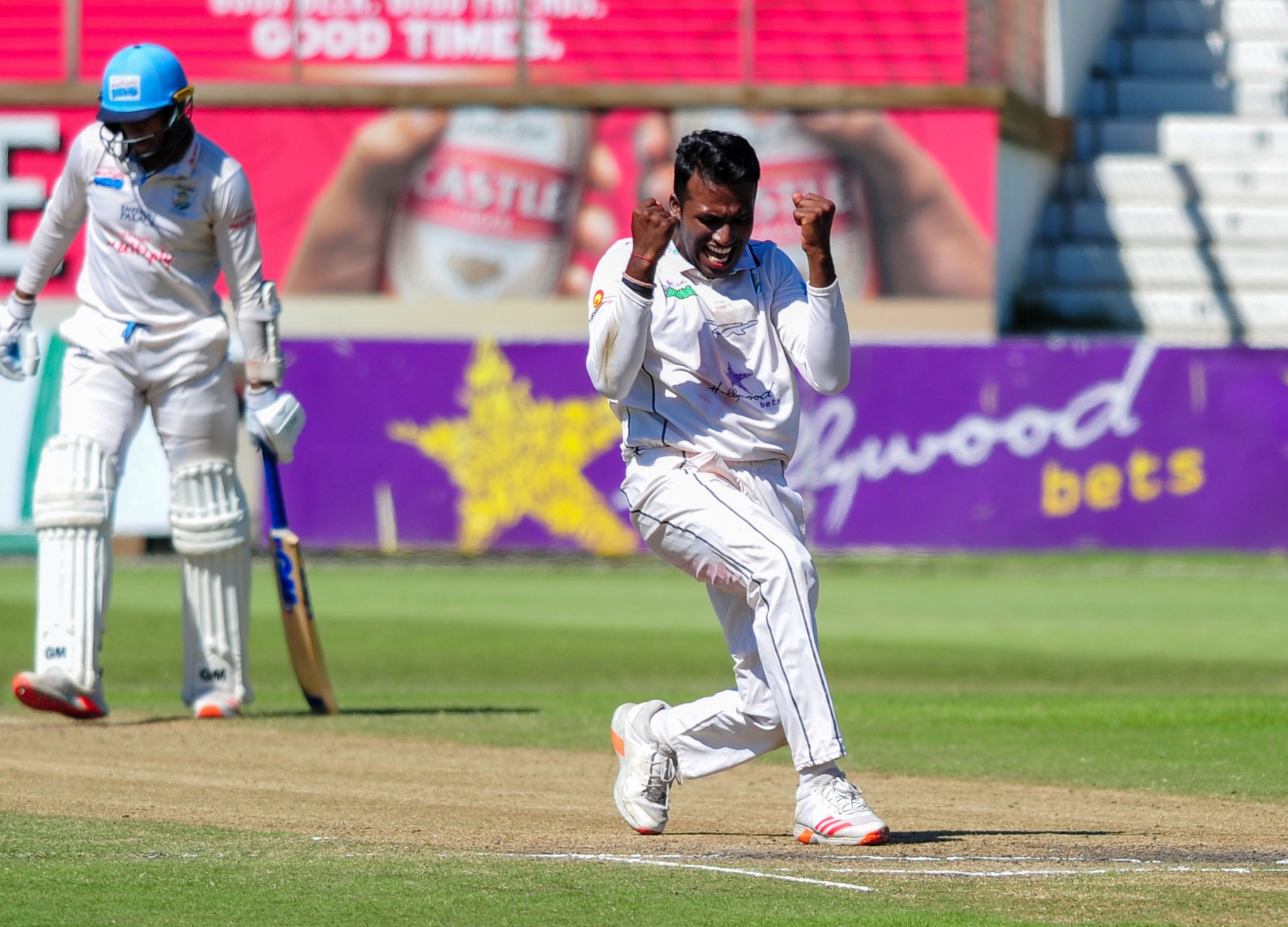 
There may have been two days of rain, but Dolphins captain Marques Ackerman said he knew that on a typically dry Kingsmead deck, his spin duo of Prenelan Subrayen and Senuran Muthusamy could still win them the game in the 4-Day Domestic Series final which ended at Kingsmead on Monday.

And so it proved in extraordinary fashion as off-spinner Subrayen (10 for 80 in 60 overs) and slow left-armer Muthusamy (nine for 91 in 42.5 overs) shared an unprecedented 19 wickets (the other dismissal was a run out) as the Titans were hammered by an innings and 76 runs, including being bowled out for their lowest ever total – 53 – in the first innings.

“I’m being dead honest when I say that even with only three days left in the game, not once was there any talk about the draw,” Ackerman said.

“We said from the start that we were going to win the match and not share the trophy. That was the unbelievable positive energy and mindset in the changeroom.

“Everyone was just so goal-driven and with so much bad light usually in play here, we normally only play three days so we knew how to win.

“We knew on this pitch that if we batted well then that would bring our spinners into the game, and so credit to Sarel Erwee, whose hundred put us on the front foot. “The quality of our spinners was vital and their control was exceptional. They are world-class and I hope that gets recognised soon. Their groupings are so good, they test the batsman’s technique all the time, both edges, and they have impeccable skills.”

The 25-year-old Ackerman said the Dolphins’ first outright win in the franchise four-day competition, in the last game of the franchise era, was a credit to all the players, staff and administrators at Kingsmead.