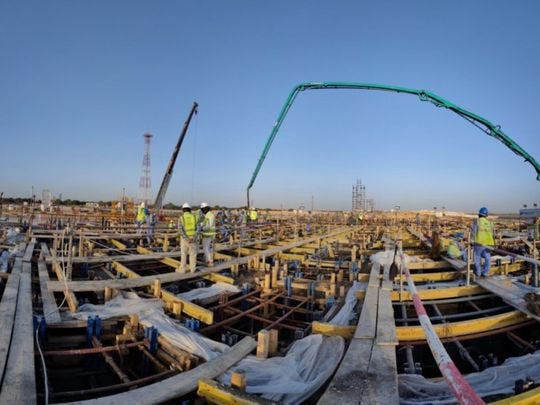 
The huge foundation of Abu Dhabi’s first Hindu temple will be finished by the end of April, according to the temple’s latest update on the traditional stone temple’s construction.

According to Ashok Kondeti, a project engineer who manages the project’s efficiency and development, the foundation is now in its final stage, which is 4.5 meters below ground level.