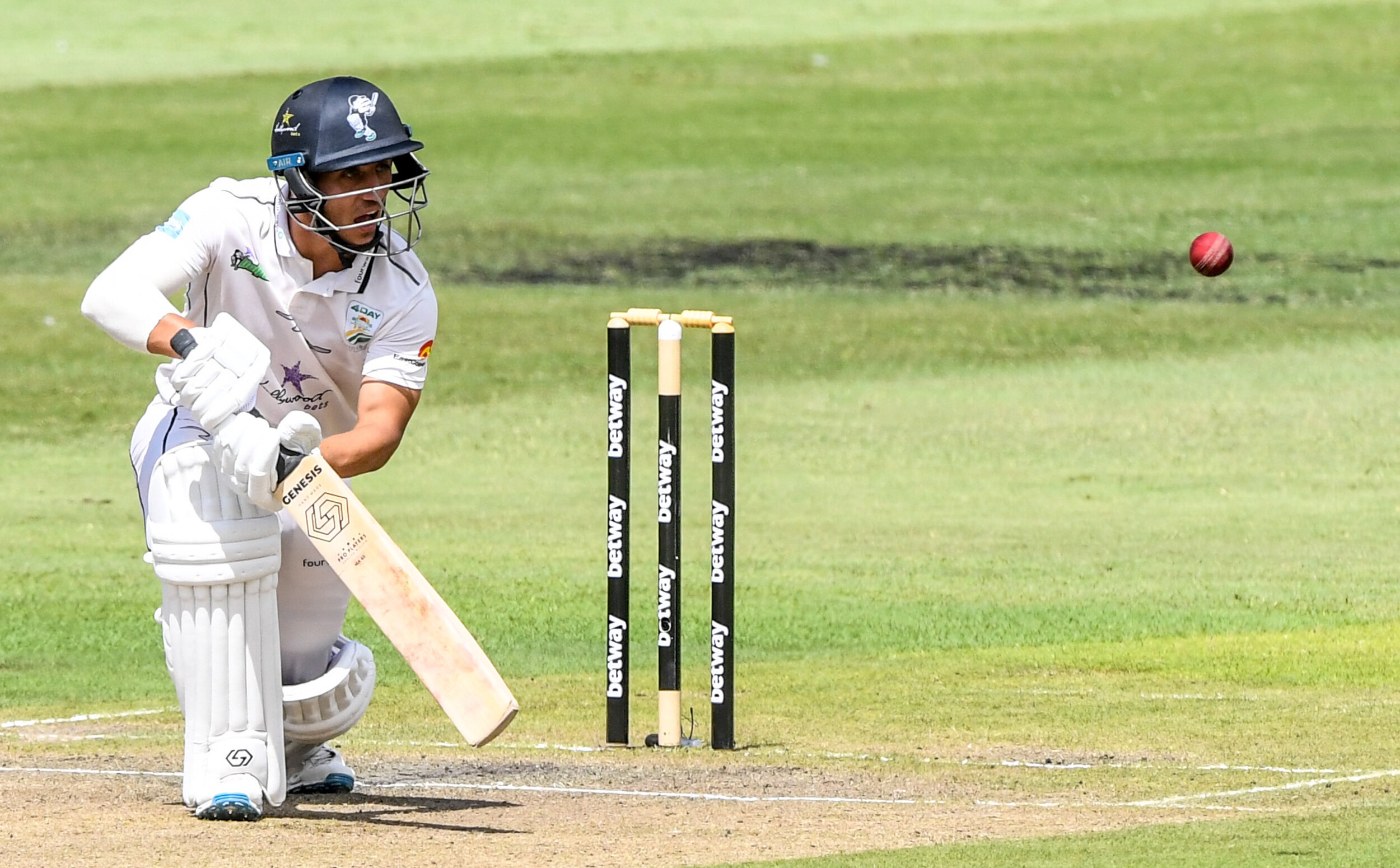 
The broad bats of Sarel Erwee and Marques Ackerman defied the Titans for more than three hours but a jumbo-sized effort by Titans spinners Kyle Simmonds and Neil Brand then pegged the Dolphins back to 258 for seven at stumps on the third day of the 4-Day Series final at Kingsmead on Saturday.

After heavy rain meant just 10 overs of play were possible on the first two days, an absorbing day’s cricket finally began an hour into the third day. Seamer Dayyaan Galiem moved the ball around intelligently in the first hour and claimed the early wicket of Keegan Petersen for 16, bringing Erwee and Ackerman together on 47 for two.

They faced a challenging morning session but showed enormous application as they put on 135 for the third wicket. Erwee, solid and compact, was immense in scoring 100, while Ackerman overcame a really scratchy start to score an impressive 74.

Left-arm spinner Simmonds, on his Titans debut, dismissed both set batsmen – Erwee was bowled by a delivery that surprised him by turning sharply into the left-hander, while Ackerman was deceived in the flight and struck a firm return catch to the 27-year-old. Simmonds ended the day with two for 95 in 24 overs, a good effort.

Brand, also a left-arm spinner, then dismissed Eathan Bosch (12), Theunis de Bruyn taking a wonderful reflex catch at slip, and Mangaliso Mosehle, lbw for a duck, in successive overs to close with excellent figures of two for 18 in 13 overs.

Khaya Zondo looked promising in scoring 21, but he sometimes errs in getting out in soft ways and he did that again on Saturday, clipping a Thando Ntini half-volley on his pads straight to square-leg.

Ruan de Swardt (18*) and Prenelan Subrayen, who is yet to score, will continue the Dolphins first innings on the penultimate day.