Global car sales plummet to below 2013 levels – The Citizen 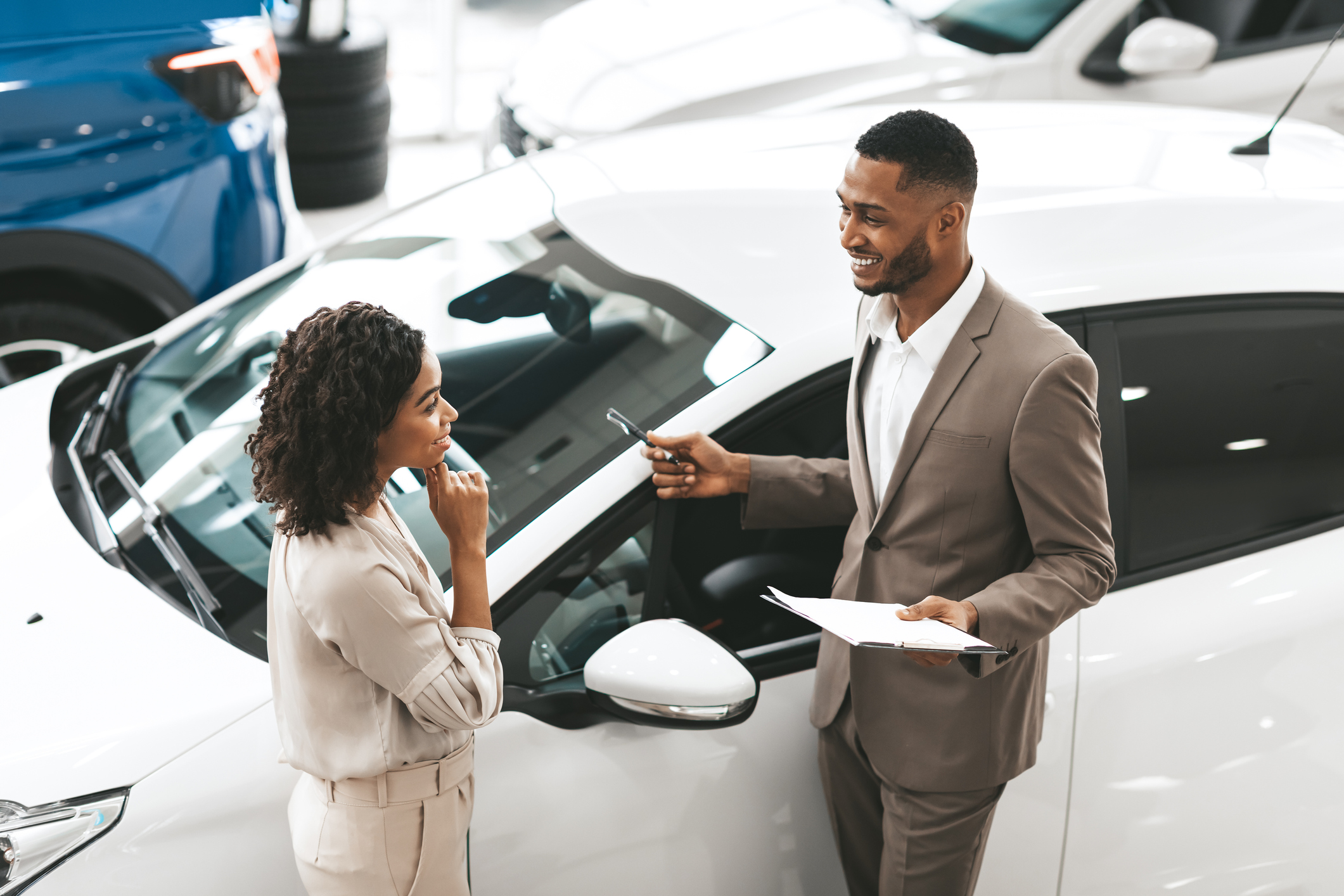 
Results from the BMW Group and Volkswagen last week showed that car manufacturers worldwide took a punch to the chin in 2020 as consumers cut back spending on big items, especially those that are also seen as a luxury.

In addition to the hefty price tag on a shiny new car, any prospective buyer must feel confident about their financial position and future prospects before signing a financing agreement running over several years.

BMW AG reported that total deliveries of new cars from its plants worldwide declined by 8.4% from 2.54 million in 2019 to less than 2.33 million, knocking sales back to 2016 levels.

These figures include all the brands manufactured by BMW Group, namely BMW, Mini and Rolls-Royce.

Earnings declined 23% from above €5 billion in 2019 to just more than €3.8 billion last year. It is noticeable that the previous year’s €5 billion was already lower than earnings in 2018, when the group reported a profit of more than €7 billion.

Volkswagen AG, boasting VW, Audi, Seat, Skoda, Bentley, Bugatti, Lamborghini, Porsche, Ducati, Scania and MAN, reported that global sales fell by 16.4% from nearly 11 million vehicles in 2019 to less than 9.2 million in 2020. Earnings after tax fell by 37% to €8.8 billion in the financial year to end December 2020 compared to €8.8 billion in the previous year.

Volkswagen chair Herbert Diess says the company had to perform the greatest balancing act in its history – perhaps forgetting the challenges of World War II, which started barely two years after Volkswagen was first formed.

The balancing act Diess refers to was addressing the Covid-19 pandemic while implementing a strategy to transform Volkswagen from a traditional car company into a technology company to counter competition from new age vehicle manufacturers.

“We find ourselves in a new playing field – up against companies that are entering the mobility world from the world of technology, often with virtually unlimited access to resources through the capital market,” says Diess in his annual report to shareholders.

He adds that Volkswagen “will undergo more transformation in the next 10 years than we did in the last 50”.

In addition, management continues to caution that the Covid-19 pandemic could still have an effect on car sales this year. While Volkswagen expects that vehicle deliveries will be significantly higher this year than in 2020, under the assumption that the pandemic will be contained successfully, it expect deliveries to be far below 2019 levels.

BMW warned shareholders in its annual report that the pandemic will continue to have an impact on international automobile markets in 2021, saying that overall sales are likely to remain significantly lower than before the coronavirus crisis.

Globally, vehicle sales declined by more than 14% during 2020, according to preliminary figures.

Commercial vehicle sales, including the popular light delivery vehicle segment (dubbed light trucks in the US, a pick-up in Australia, a bakkie in SA and sometimes a LDV) showed a similar drop, according to available statistics from different sources. The International Organisation of Motor Vehicle Manufacturers (Oica), which collates official figures from manufacturers, has unfortunately not published final sales figures for 2020. However, it has published production figures that indicate a decline of 15.8% in the production of all types of vehicles (including buses, trucks, cars and LDVs).

Interestingly, the Oica figures show that vehicle production fell much more in developed countries (20.3%) than in developing countries (11.7%).

The National Association of Automobile Manufacturers of South Africa (Naamsa, which changed its name to naamsa/Automotive Business Council a few weeks ago) announced earlier that sales declined by 29.1% to 380 449 in 2020 compared to 536 612 in 2019.

Naamsa commented that new car sales fell back to levels of 20 years ago, largely due to the closure of vehicle factories and car dealerships for weeks. 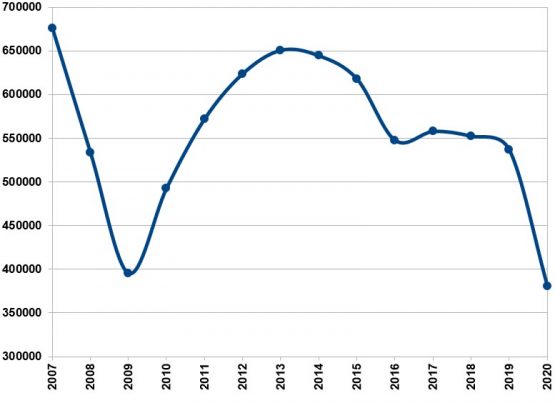 While naamsa expects local new car sales to improve compared to the abnormal 2019, sales statistics show that things got off to a slow start in January and February 2021, considering that comparisons were still with the pre-Covid-19 first two months of 2020.

Sales of passenger cars showed a decline of 18.1%, while local sales of new light commercial vehicles, bakkies and minibuses showed some resilience and declined by only 3.2% compared to February 2019.

“The performance of the new vehicle market for the first two months of 2021, compared with the pre-Covid first two months of 2020, continues to reflect the economic and social challenges in SA considering that the country’s economy was already in a recession before the outbreak of the global health pandemic,” says naamsa.

“Although a rebound in the new vehicle market is anticipated from March 2021 onwards, compared to the low-base affected Covid-19 corresponding months in 2020, it is likely that both business and consumer confidence will remain subdued over the balance of the year.

“Vehicle sales are linked to the strength of the economy and the pandemic not only deepened an existing economic recession, but its severe impact resulted in that the domestic new vehicle market in 2020 dropped back to the levels of two decades ago. The significant fall in aggregate new vehicle sales occurred despite a 300-basis point interest rate cut during 2020 to a near 50-year low.”

The organisation also noted that the vehicle rental industry, which is a major buyer, was mostly absent in 2020 due to the lockdown restrictions on business travel and tourism.

This sector will also take a long time to recover as long as SA is seen as a health risk by foreign tourists and governments.

Maybe one can take a bit of comfort from the large decline in car sales in that it is good for the environment. More than 10 million new cars were sold globally, saving on the energy to produce and ship them, as well as cutting exhaust emissions by millions of tons.

Not that it would make a big difference – best estimates show that there are some 1.4 billion cars on the planet.

This article first appeared on Moneyweb and has been republished with permission.