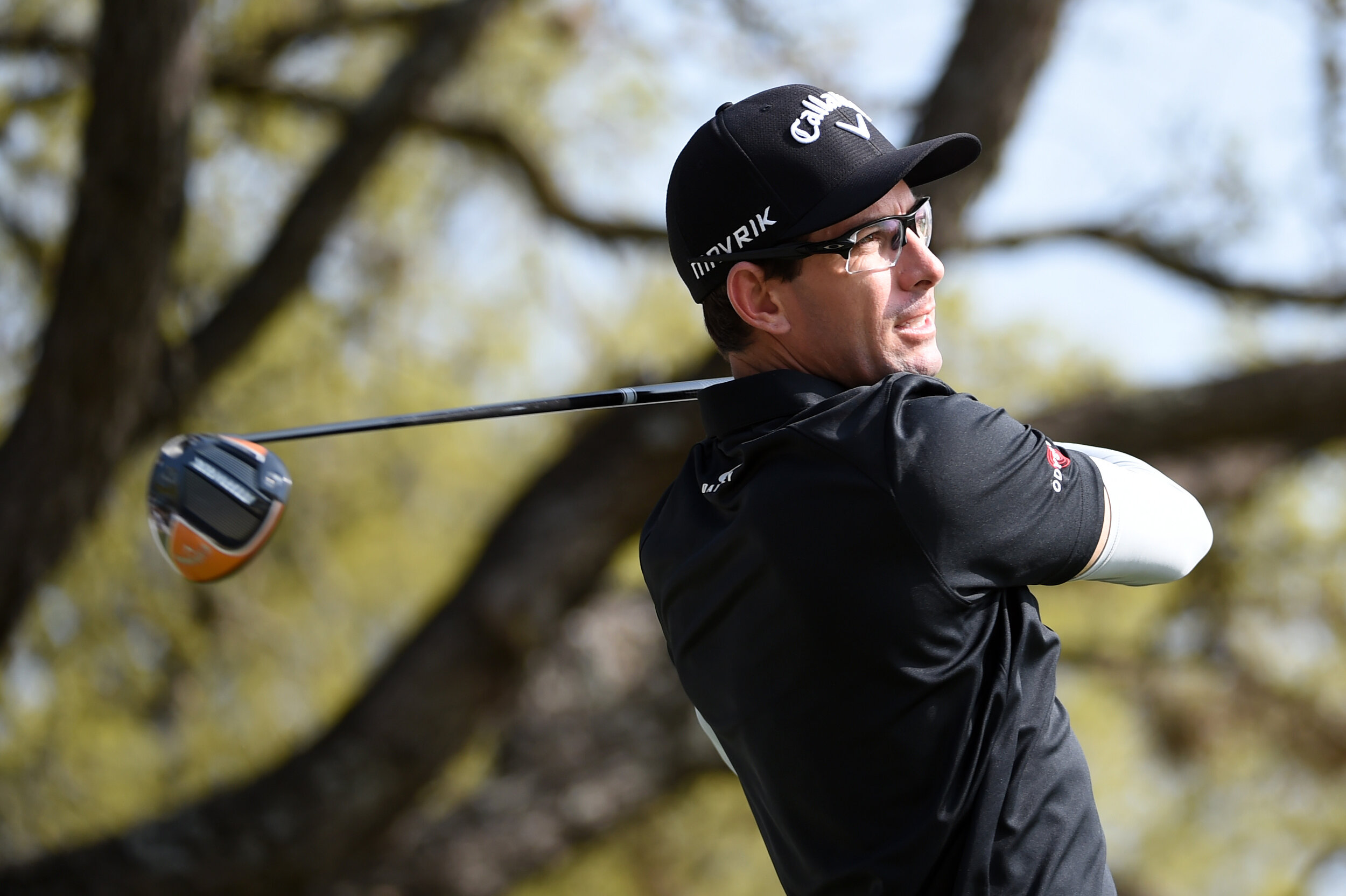 
US seeds Bryson DeChambeau and Justin Thomas and four-time major winner Rory McIlroy were among the upset losers in Wednesday’s opening group matches at the WGC Match Play Championship.

French 58th seed Antoine Rozner, who won at Qatar two weeks ago on a 60-foot putt at the 72nd hole, downed fifth-seeded DeChambeau 2-up thanks to a birdie at 18 while 52nd-seeded Matt Kuchar beat second-seeded countryman Thomas 3&2.

Unlike a normal match-play event, first-day losers still have a chance to advance from a group stage into weekend knockout matches.

Poulter won his 30th match in 15 appearances with birdies at the par-4 ninth and par-3 11th and an eagle at the par-5 12th before closing out McIlroy with a par at 13, his all-or-nothing attitude dominating.

“It gets the adrenaline going, the ticker starts going. You got to pony up and hit shots,” said Poulter, whose lead fell to 1-up after McIlroy birdied six and eight.

McIlroy, who has started working with swing coach Pete Cowan, suffered his worst Match-Play defeat in a decade – since an 8&7 loss to ben Crane in 2011 – and hooked his tee shot at the par-4 fifth out of bounds left into the swimming pool of a nearby home.

“There’s a couple of areas of his game which I’m sure he wants to firm up a little bit,” Poulter said. “He missed a couple of tee shots left. But it’s Rory, it doesn’t take a lot for Rory to spark up pretty quickly.”

Rozner birdied the ninth to go 2-up on reigning US Open champion DeChambeau. The big-hitting American birdied the par-5 16th and forced an 18th hole, where the Frenchman landed his approach inside eight feet from the cup and made the putt for the win. “I was just trying to play a good round of solid golf, not give any shot away,” Rozner said. “It’s the strongest field I’ve ever played in in my life and I played good golf out there.”

Kuchar birdied four of the last five holes on the front nine for a 5-up edge and parred his way to victory from there.

Of the top eight seeds, four halved and two lost, the winners being Rahm and world number one Dustin Johnson, who beat 61st-seeded US compatriot Adam Long 2 up.

Reigning Masters champion Johnson birdied the par-4 third and parred the par-4 fifth to lead 2 up. Long pulled level with five to play but Johnson sank a 25-foot birdie putt at 15 and one from just outside four feet at 18 to win.

South Africa’s Dylan Frittelli, the 64th and last seed who lives only 15 minutes from the course, ripped US 12th seed Tony Finau 6&5. Frittelli was 4-up after six and didn’t lose a hole.

“It’s huge,” Frittelli said. “I’ve told a lot of people if I can get through Tony with a win, I think I’m definitely the favorite in the group.”