Over 200,000 healthcare workers vaccinated – The Citizen 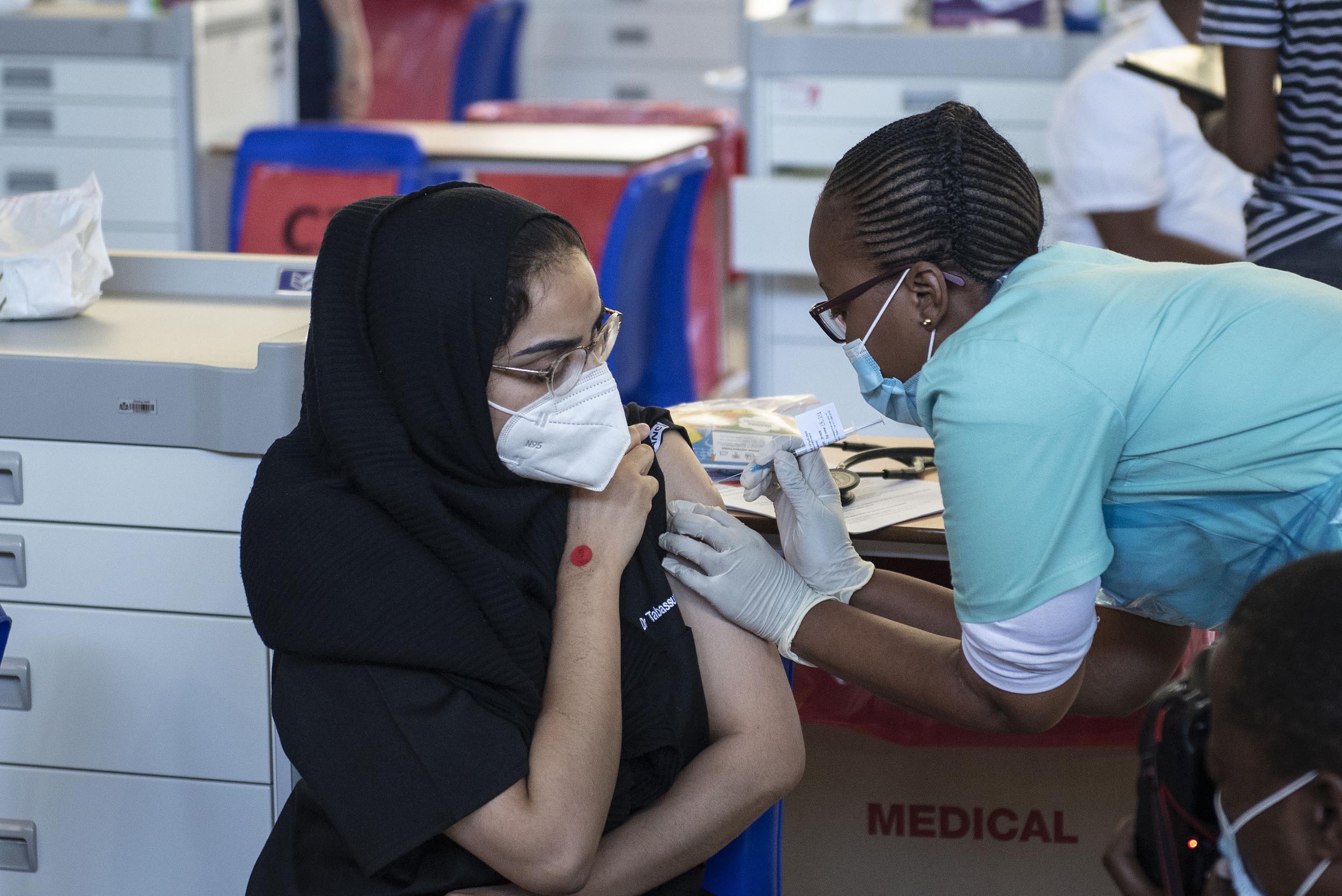 
As of Wednesday, the total number of healthcare workers vaccinated under the Sisonke Protocol is 207 808, Health Minister Zweli Mkhize has announced.

121 more deaths have been recorded: 4 from Eastern Cape, 38 from Free State, 24 from Gauteng, 5 from KwaZulu-Natal, 38 from Limpopo, 4 from Mpumalanga, 8 from Northern Cape.

“We convey our condolences to the loved ones of the departed and thank the healthcare worker who treated the deceased,” said the Minister. British-Swedish drugmaker AstraZeneca on Wednesday revised down by three percentage points the effectiveness of its Covid vaccine after American authorities raised concerns that results reported from its US trial were outdated.

The company now says its vaccine is 76 rather than 79 percent effective at preventing any kind of symptomatic Covid.

It remains 100 percent effective against severe Covid, it added.

The move came after an independent panel of experts appointed to supervise the trial expressed concern that AstraZeneca had failed to include updated data in its initially released figure.

The US National Institutes of Health then issued a highly unusual statement asking AstraZeneca to work with the panel and issue a new press release.

“We look forward to filing our regulatory submission for Emergency Use Authorization in the US and preparing for the rollout of millions of doses across America,” said Mene Pangalos executive vice president of biopharmaceuticals research and development.

The new figure is based on 190 people who fell sick among 32,449 trial participants across the United States, Peru and Chile, two-thirds of whom received the vaccine while the rest received a placebo.

The previous figure was based on 141 cases, with a cut-off in mid-February.

The company added there are 14 additional or probable Covid cases left to be adjudicated.

Depending on whether these occurred in the vaccine or placebo group, the final efficacy figure could go up or down a few percentage points.

The company added the vaccine efficacy in people 65-years-old and over was 85 percent, but the statistical range for this figure — anywhere between 58 and 95 percent — make it less meaningful and the sample size was not mentioned.

Eight cases of severe Covid occurred — all in the placebo group.

AstraZeneca was an early frontrunner in the global race to develop a Covid vaccine, and was heavily favored by the United States, which ordered 300 million doses — more than its first orders for Moderna’s and Pfizer’s shots.

But a series of communications blunders eroded US agencies’ confidence.

The US now has three authorized vaccines — Moderna, Pfizer and Johnson & Johnson — and should have enough supply to more than cover the adult population by the end of May.

However, authorization by the Food and Drug Administration — considered the gold standard regulator — would go a long way to calm global doubts over the AstraZeneca vaccine.

Several European countries paused rollout of the shot over potential blood clot risks before later resuming its use.

The European Medicines Agency deemed the vaccine safe and said it was not associated with blood clotting generally — but added it could not rule out a link to two highly rare forms of clotting, and suggested these risks be mentioned on a warning label.

The AstraZeneca vaccine is still seen as vital to vaccinating the world because of its low price and the fact it can be stored long term at fridge temperatures.

It uses an adenovirus that causes colds in chimpanzees, modified so it can’t replicate, to carry the gene for a key protein of the coronavirus into human cells.

The cells then produce that protein on their surface, training the immune system should it encounter the real virus.