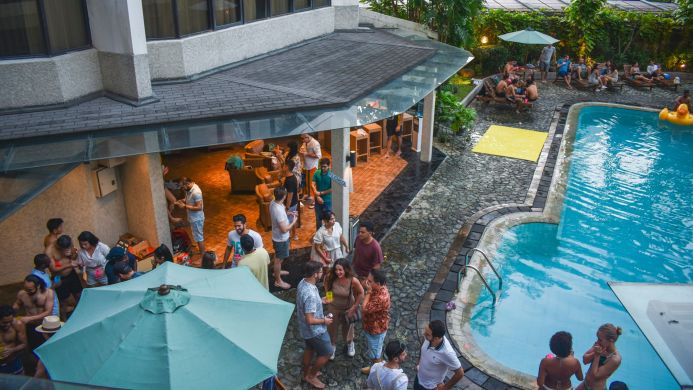 The purchase price of the deal remains undisclosed.

With the acquisition of Yukstay’s tech capabilities, Flokq hopes to accelerate its investment in technology and the expansion of its product offerings, such as in providing add-on services and a marketplace for owners.

Flokq CEO Anand Janardhanan stated that the deal focuses on the acquisition of the extensive tech capabilities that Yukstay has built. “As Flokq looks to scale from providing co-living spaces into providing tech-driven property management and beyond, the deal will be strategic for Flokq’s growth in capturing more of the US$180 billion long-term rental markets in Southeast Asia.”

Yukstay, founded in 2018, claims to be the first co-living startup in Indonesia, with operations in Jakarta and Surabaya. Since inception, the startup has raised funding from notable investors, including Y Combinator, Insignia Ventures, Skystar Capital, Tanglin Venture Partners and K3 Ventures.

Also Read: How Dash Living built a social media community of 13K+ members for its co-living platform across Singapore, HK

“Over the last 18 months, we have built a platform to simplify the real estate value chain. Agents are provided with tech and data that better facilitate transactions, improve customer experience and manage the property. Joining Flokq will supercharge its already strong operating model to meet the growing housing demands in the region,” said Christopher Kung, CEO of Yukstay.

Flokq was started in 2019 by Janardhanan and Harmeet Singh. As a managed rental market platform, it first piloted serviced co-living and community in apartments across Jakarta, starting in apartments located in the downtown area. As of now, the company claims to have over 1,000 units on the platform in Indonesia’s capital.

A little over a year since the beginning of its operations, Flokq says its product and tech offering have led to over 95 per cent occupancy rate with a few million USD in ARR and turned cash-flow positive.

During the pandemic, the co-living market across the globe including Indonesia experienced a short-term setback in demand due to concerns over social-distancing.

However, with the growing number of young professionals working from home, longing for convenience and togetherness, co-living is expected to bounce back.

Its flexible lease terms also give it an added advantage over traditional long-term accommodation options.

The co-living market is estimated to be worth US$2.1 billion, but that being said competition is also heavy around this space especially within Indonesia.

Other notable players in the co-living space in the archipelago are CoHive, Dojo, Floko, hustlersvilla, and more.