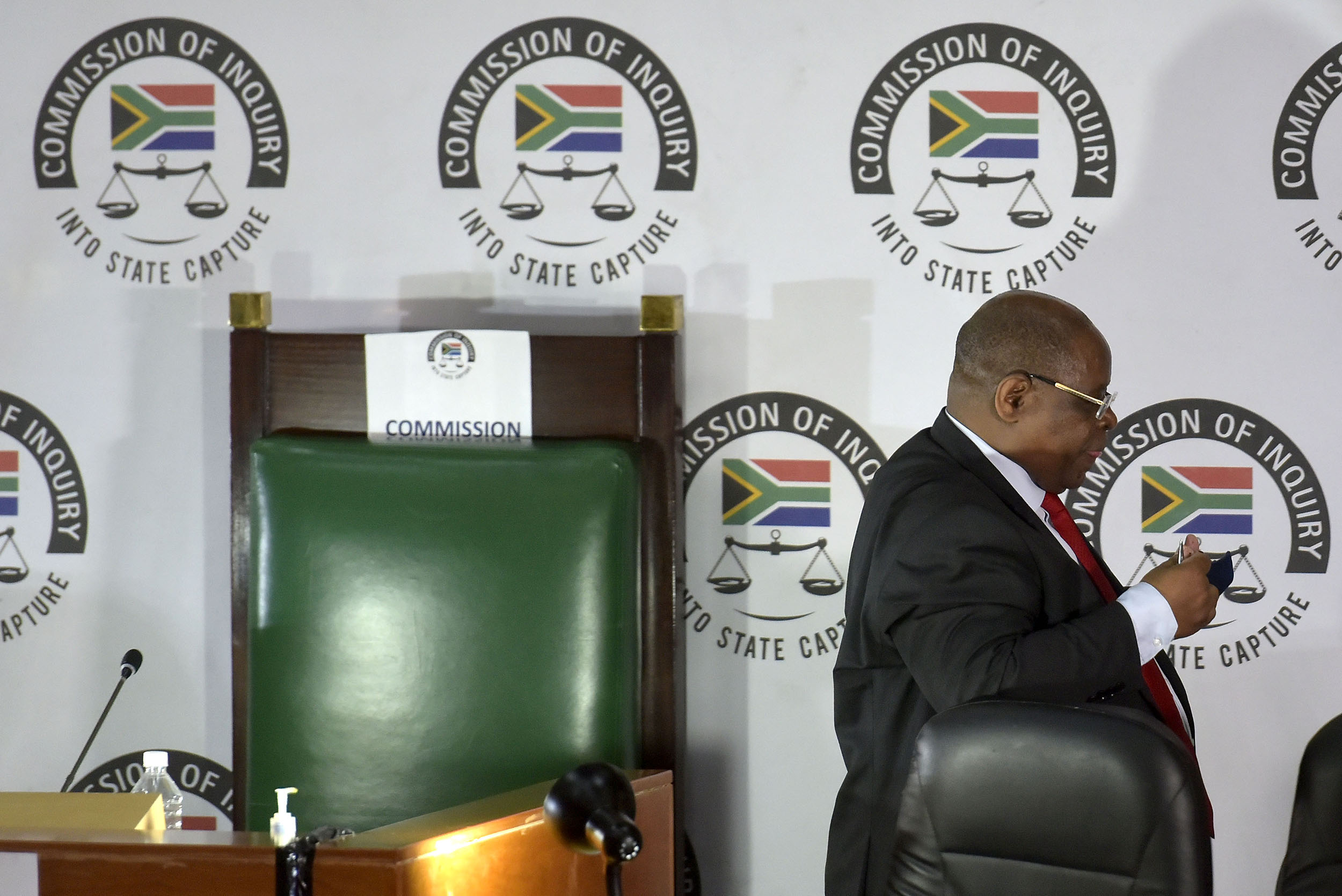 
Former South African Revenue Service (Sars) employee Vlok Symington dished out the details of the “hostage drama” at the Commission of Inquiry into Allegations of State Capture on Wednesday afternoon.

Symington took the witness stand at the commission to deliver his testimony in relation to Sars, where he was an employee for more than 30 years and provided legal services.

During proceedings, Symington explained to the commission chairperson Deputy Chief Justice Raymond Zondo how emails involving the Hawks and the National Prosecuting Authority’s (NPA’s) case against then finance minister Pravin Gordhan had led to the “hostage drama”.

The former Sars employee was the subject of a hostage drama on 18 October 2016 when he was allegedly held against his will by members of the Hawks and a bodyguard of former Sars commissioner Tom Moyane’s‚ Thabo Titi, at the revenue service’s office in Pretoria.

The drama was said to be triggered by an email Moyane mistakenly shared of NPA prosecutor in charge of the investigation, Torie Pretorius, requesting that Brigadier Nyameka Xaba obtain a statement from Symington.

Pretorius attached a list of questions for Symington to answer, which related to a legal memorandum Symington authored in 2009 on whether Sars was permitted to approve former deputy commissioner Ivan Pillay’s early retirement.

Instead of forwarding the email from Pretorius directly to SARS, Xaba forwarded to an attorney in Private practice, who then forwarded it to Moyane, with highly suspicious statement that he could not be involved any further for ethical reasons. #StateCaptureInquiry

Explaining the events of the day, Symington told the commission that he had been asked to write an affidavit on the 2009 memorandum.

“I was asked by Mr [Kosie] Louw from Sars to visit him and he then handed me documents, which was a letter sent by Pretorious via the Hawks to Moyane so I could to do an affidavit on the 2009 memo.

“The Hawks then asked to visit the office of Mr Louw and I then asked my secretary to accompany them there, but she got there she noticed that they officers weren’t there. Only then to find them in the boardroom of Mr Moyane.

READ MORE: These are the three ‘crimes’ Gordhan is guilty of, Mpofu tells Zondo

“Then at about one o’clock we met again, but I was not a 100% finished with the affidavit because of those last two questions which were added to the list. I told them I needed about half and hour to complete the affidavit.

“While I was in the office there was a man at the door, who asked me to hand over that letter of the Hawks to him and I then mentioned to the gentleman that I was not done. I assumed that this man was a member of the Hawks, but later it turned out that it was the bodyguard of Mr Moyane,” he said.

Symington said he then met the Hawks members in Moyane’s office, describing the meeting was “frosty and hostile”.

“Brigadier Xaba asked me to hand over the NPA letter to him and in return he would hand over to me his copy of the very same letter. So it didn’t make sense why would you want me to ask for this letter and hand me the letter back again,” he added.

Symington said he was then blocked from leaving the boardroom since he did not give the Hawks the letter, which saw the officials using physical force against the former Sars employee.