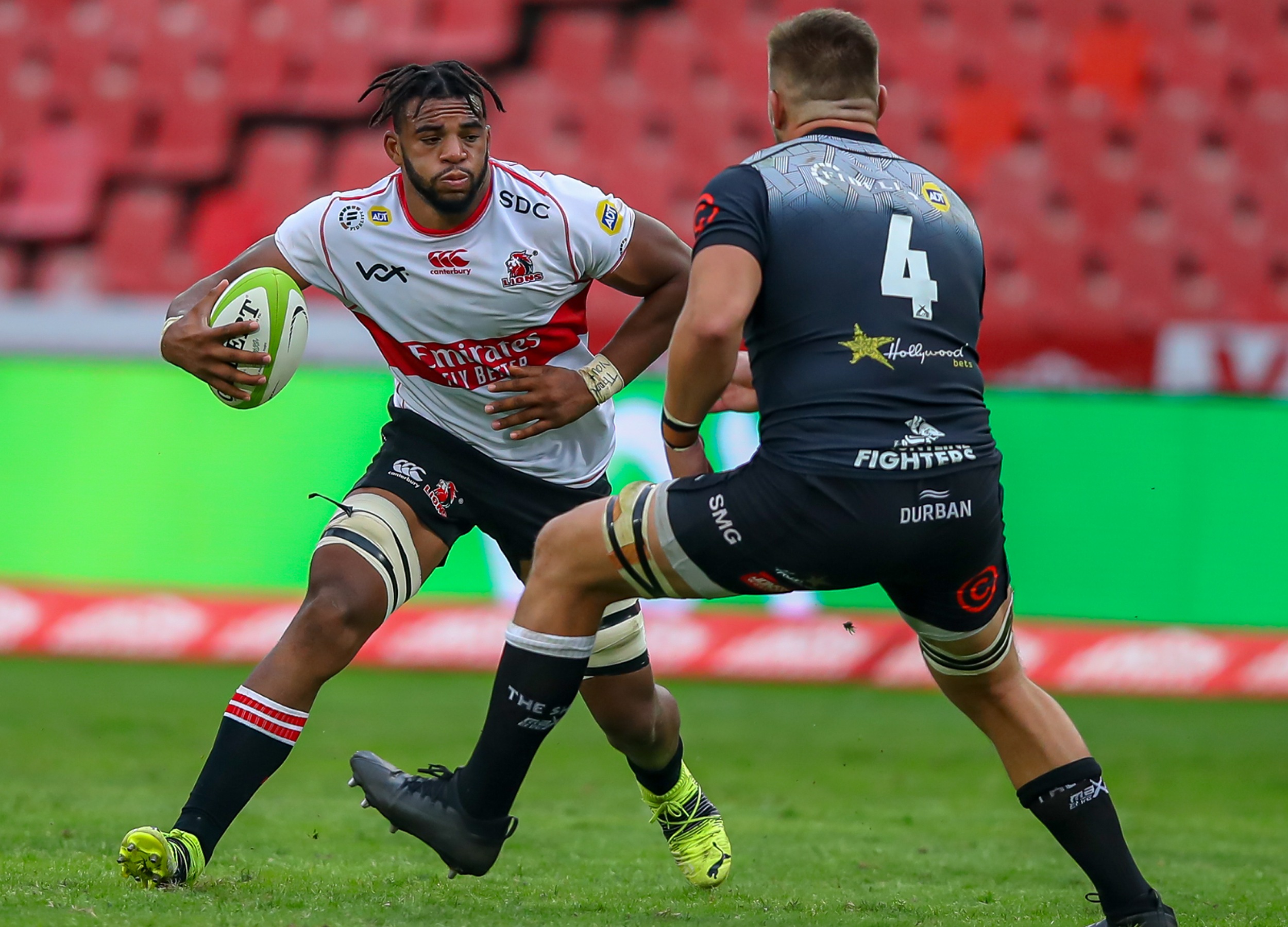 
Abrasive Lions flanker Vincent Tshituka underlined his Springbok credentials with another rousing performance in his team’s 43-40 win over the Sharks in their Preparation Series match at Ellis Park over the weekend.

Tshituka, recently named as SA’s Most Promising Player of 2020, scored the Lions’ fourth try and was the physical spark in the home side’s loose trio.

While Tshituka deserved a special mention, it was his combination with MJ Pelser and Francke Horn, as well as Sibusiso Sangweni from the bench, that pleased Lions coach Cash van Rooyen.

“All four of them played well in their own departments. MJ was good on the ground, Vincent’s work rate and physicality was great, and Francke’s soft touches on defence and attack is really good,” Van Rooyen said.

With all four players between the ages of 21 and 23, Van Rooyen was excited by the combination.

“Sbu made a massive impact and to make that kind of impact in his first cap was pretty special,” he said.

Van Rooyen defended the conditioning of the side after a few players, including star centre Wandisile Simelane, were seen cramping towards the end of the match.

“The guys are fit, but it was the first game they played since the Currie Cup and the sport scientist came to me after the game and said it was probably the quickest game we have played in the last 12,13 months,” he said.

ALSO READ: Everything you need to know about concussions and head injuries

With 83 points recorded and 12 tries being scored, Van Rooyen admitted the pace of the game probably caught up with some of the players.

“So it was a little bit of fatique and match-fitness and maybe one percent of individual fitness,” he said.

“I don’t have the final stats but the ball in play must have been very high.”

The only penalty aimed at the posts came in extra time by Lions fullback Tiaan Swanepoel, after referee Rasta Rashivenge initially blew his final whistle but then let play continue after he was told by officials there were seven seconds left on the clock.

“I think the Sharks put us under a lot of pressure in that last 15 minutes,” Van Rooyen said.

“But when we got the opportunity in the end it was important for us to get a result.”