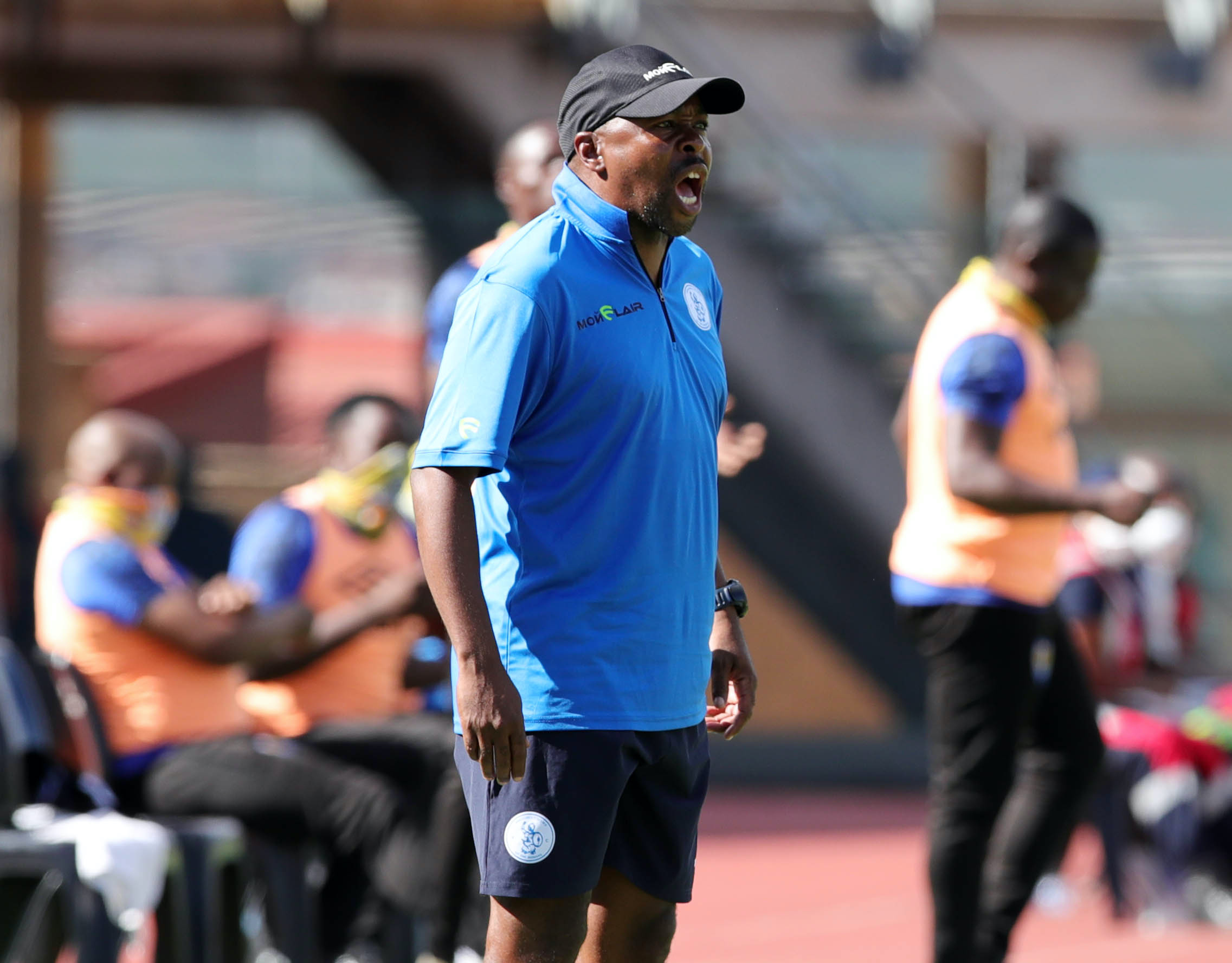 ‘From the beginning we had enough chances but we were not clinical,’ said Sekukhune head coach Selaotse Mosala.

Sekhukhune United have shot themselves on the foot and could live to regret not getting the full points against struggling Steenberg United in their GladAfrica Championship match on Saturday.

While Babina Noko had the better ball possession and clearer chances, they lost the match 1-0, giving an advantage to Richards Bay to open up a gap at the top of the standings.

That’s still dependent of how the Natal Rich Boys fare against strugglers Cape Town Spurs on Sunday. But being at home, Simo Dladla’s side should easily pick up the three points.

Sekhukhune assistant coach, Selaotse “Sly” Mosala has meanwhile rued the chances they messed up against Steenberg.

“I think the better team lost in this game. But in this instance we have ourselves to blame because we had enough chances to get something out of this game,” said Mosala after the game.

“But we didn’t bury our chances. From the beginning we had enough chances but we were not clinical.”

He admitted that such shock results will be more prevalent now that the league is in the final stretch, with every team fighting for the points.

“But this is how this division is like especially in the second round. It’s not going to be easy for teams to get results anywhere they go. Everyone will have to work really hard for the three points now.”

Royal AM, meanwhile, crept up on Babina Noko as they are now equal on 31 points with them after beating Bizana Pondo Chiefs 2-0 on Saturday.