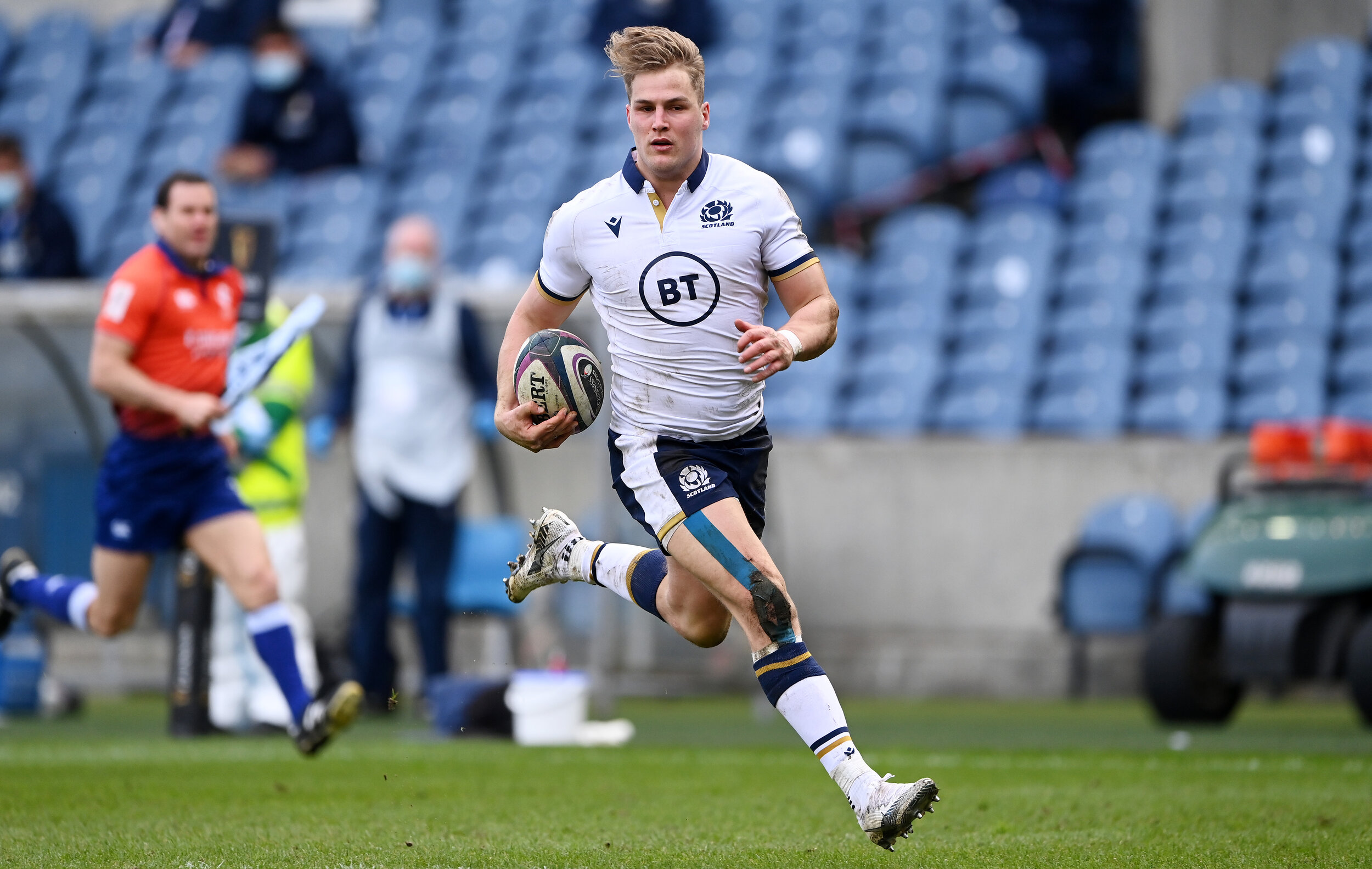 
Scotland got their Six Nations campaign back on track with a record 52-10 hammering of Italy at Murrayfield on Saturday.

The Scots ran in eight tries as they surpassed their previous highest score and winning margin against Italy, a 48-7 2015 World Cup warm-up rout.

It was also Italy’s 32nd successive Six Nations defeat, a run stretching all the way back to a 2015 win at Murrayfield.

There were hopes the Azzurri might finish their involvement in this year’s edition with a flourish when captain Luca Bigi was driven over for the opening try in just the sixth minute.

But from then on the game was largely one-way traffic as Scotland took advantage of a succession of missed tackles to set themselves up for next week’s re-arranged match away to France, a fixture postponed from last month because of a coronavirus outbreak in the French camp.

ALSO READ: ‘Confident’ Willemse gets thumbs up from Stormers coach

Scotland had launched their campaign with an impressive 11-6 win away to reigning champions England only to suffer narrow home defeats by Wales and Ireland.

But on Saturday they had a four-try bonus point by half-time to lead 24-10 in a match where skipper Stuart Hogg started at fly-half after Finn Russell was concussed in last week’s 27-24 loss to Ireland.

Dave Cherry and Duhan van der Merwe crossed early on before Darcy Graham and Huw Jones went over after Italy had been reduced to 14 men by Federico Mori’s yellow card.

Italy’s Sebastian Negri and Monty Ioanne were also sin-binned in a second half where they didn’t manage a point.

The Azzurri, as they had done in an eventual heavy defeat by England, scored the first try of the match.

Italy fly-half Paolo Garbisi got good distance on a penalty kick to touch and from the close-range line-out, a powerful maul saw Bigi driven over.

Scotland replied in kind in the 11th minute when hooker Cherry, making his first Test start, was driven over from a close-range maul for a maiden international try.

ALSO READ: Come on CJ Stander – you’re way too way to be retiring

Hogg missed the conversion but three minutes later Scotland were 12-7 ahead.

From the kick-off, Jones surged through the middle of Italy’s defence and into the 22.

Scotland recycled possession and following some strong forward drives, Van der Merwe sprinted down the wing for a try,

Garbisi’s penalty cut Scotland’s lead but Italy were a man down when Mori was yellow-carded for an illegal shoulder charge on Sam Johnson.

Scotland made their advantage count when Sean Maitland brushed aside some weak tackles and found Jones, whose pop pass sent in Graham.

Scotland soon took advantage of more suspect defence as they attacked from deep in a move that ended with Jones’ try.

Italy’s match and, arguably, their tournament were summed up at the start of the second half when Garbisi’s kick-off went straight into touch. Soon afterwards Cherry was again driven over for another maul try.

Steele added to Scotland’s try tally either side of yellow cards for Negri and Monty Ioanne.

Powerhouse wing Ioanne lifted and dropped Hogg but avoided a red card as the Scotland skipper did not fall on his head.

Nine minutes from time Scotland had an eighth try when, with Italy in the hosts’ 22, replacement Ali Price broke off a ruck and delayed his pass expertly before sending in Van der Merwe.