The man, who cannot be identified for legal reasons, was arrested yesterday in Perth.

He was put under a heavy police guard for his own protection, with streets shut down and tactical officers at the ready as the man was taken to Casuarina Prison.

9News can tonight reveal prosecutors claim to have two key pieces of evidence.

Detectives have alleged they have the murder weapon, a rifle, as well as security vision from Kwinana Motorplex that investigators claim places the arrested man at the scene of the crime.

Former Rebels boss Mr Martin was at the motorplex on December 12 last year when he was gunned down from a distance.

The bullet went through his chest, also injuring his son-in-law and a five-year-old boy.

Task Force Ravello, investigating the shooting, have so far executed 136 warrants, charging more than 100 people with a collective 250-plus offences, and seizing 55 firearms.

More arrests are expected as detectives shift focus to identifying the mastermind behind the alleged contract killing. 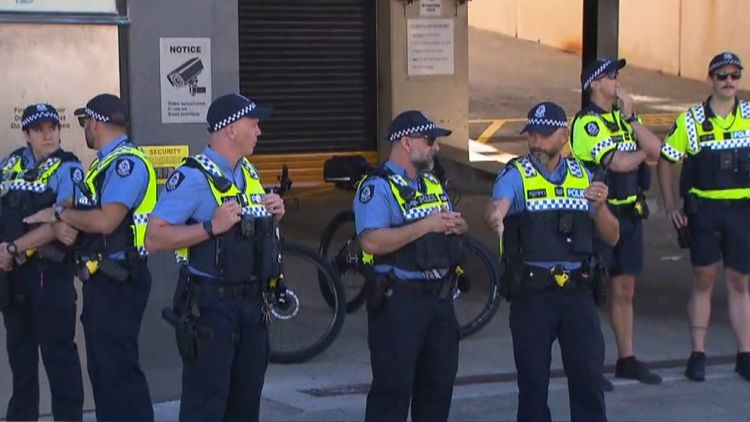 A $1 million reward is still on offer.