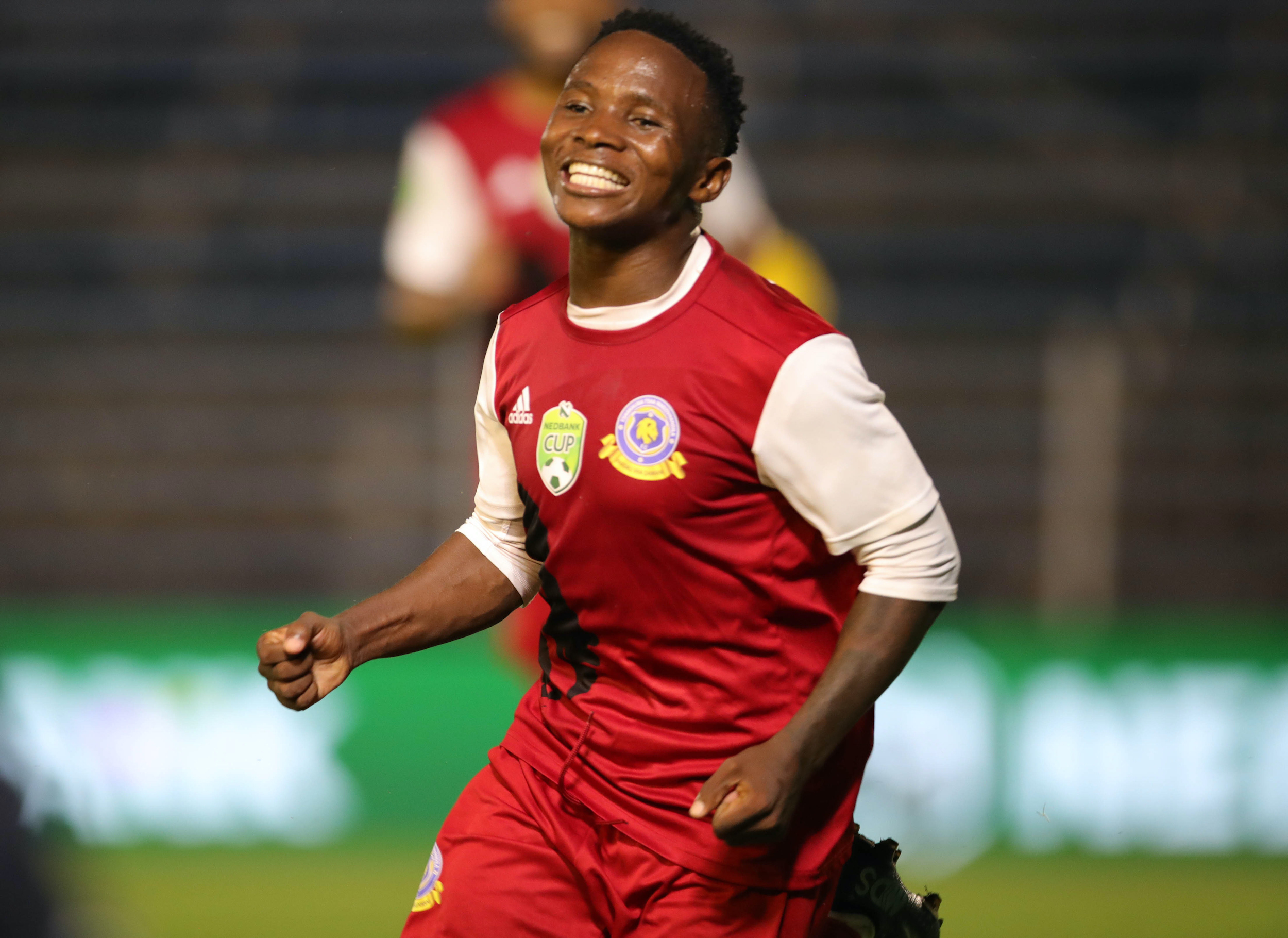 
Tshakhuma Tsha Madzivhandila will play Mamelodi Sundowns or Orlando Pirates in the Nedbank Cup semifinals after picking up a 2-0 victory over Black Leopards in their quarterfinal on Sunday at Thohoyandou Stadium.

The other semifinal will see Pretoria Callies, the last GladAfrica Championship side left in the competition, take on Chippa United.

Callies beat fellow Championship side Cape Town All Stars on penalties in Sunday’s other quarterfinal.

A first half strike from Ndabayithethwa Ndlondlo, who won the Man of the Match Award, and a second half penalty from Alfred Ndengane were enough to give TTM the win at Lidoda Duvha.

Pirates will play Sundowns in the final quarterfinal next month.

At the Danie Craven Stadium, Cape Town All Stars were leading Callies 2-1 until final two minutes of the match, when Edwin Sitayitayi slotted in to take the match into extra time, and then penalties. Callies won 5-4 in the shootout, as Sammy Troughton’s side made the last four.

They will now hope to emulate TS Galaxy, who won the Nedbank Cup in 2019, becoming the first Championship side to do so.

Chippa will be heavy favourites to win their semifinal, however, Dan Malesela’s side sealing their place in the last four with a 2-1 victory over Richards Bay, the conquerors of Kaizer Chiefs in the last 32. Anthony Laffor struck early for Chippa before Mokhele Maloisane added a second after the break.

Richards Bay pulled one back in stoppage time, but Dan Malesela, who was coach of Galaxy back in 2019, still has a chance to win a second Nedbank Cup in three years.