K9 sniffs out R6.5m worth of crystal meth hidden in sculpture  – The Citizen 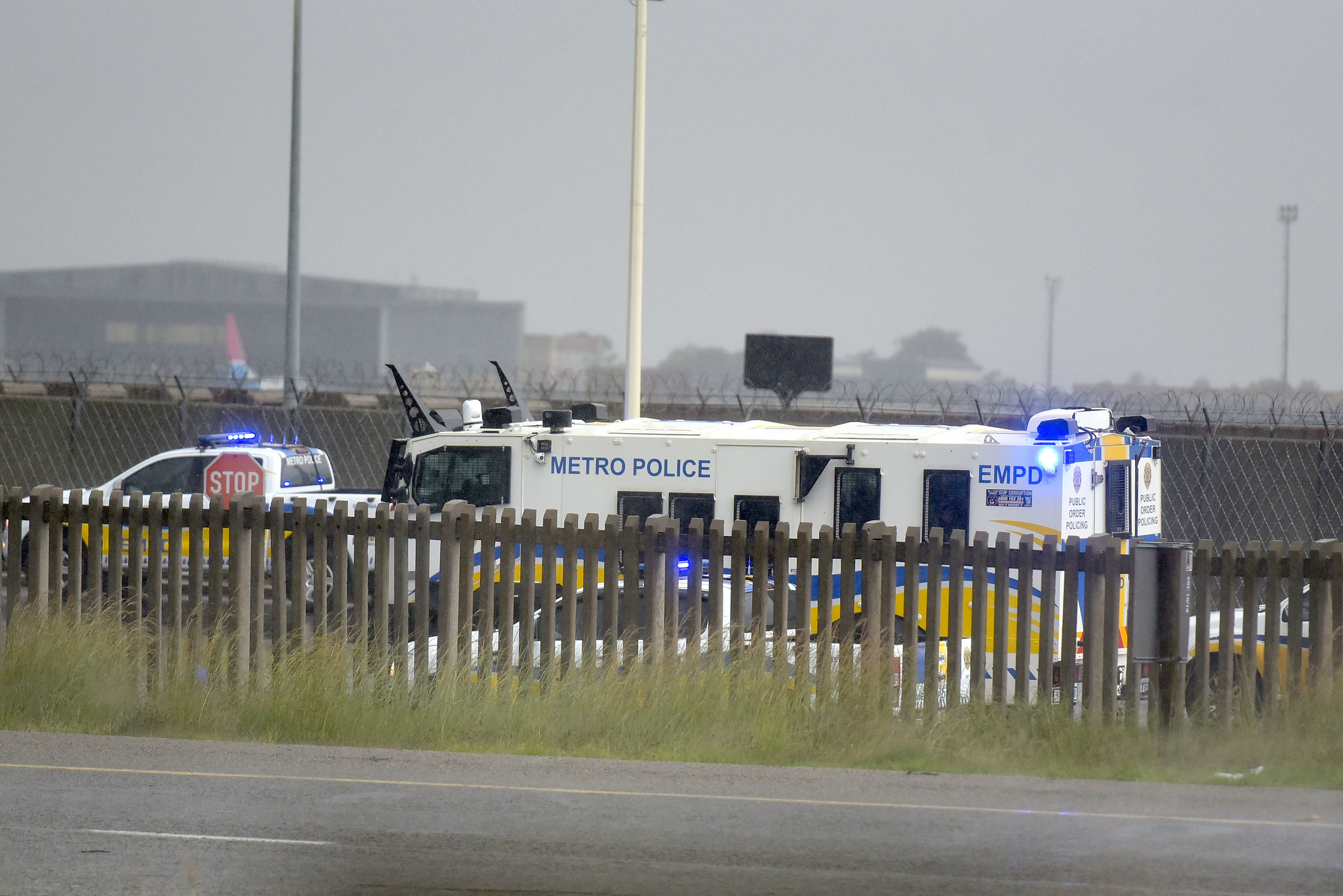 The plane with the first delivery of Covid 19 vaccines at OR Tambo International airport cargo terminal under a heavy police guard, 1 February 2021. Picture for illustration only: Neil McCartney

Hidden inside the black lion sculpture destined for Australia were the drugs, wrapped in black plastic bags.

Four people were arrested after crystal meth worth an estimated R6.5 million was found hidden in a lion sculpture destined for Australia, Gauteng police said on Friday.

The drugs were found at a warehouse in Jet Park near OR Tambo International Airport. “Detectives and members of the West Rand K9 unit on Thursday evening operationalised information on a suspected shipment of drugs destined for Australia and activated the K9 service dog Buddy.

“The sniffer dog reacted positively to the contents of the consignment of drugs. Further investigation confirmed that the statue contained 22kg of concealed crystal meth drugs with an estimated street value of R6.5 million.”

Hidden inside the black lions sculpture were drugs wrapped in black plastic bags. In a separate incident, police intercepted a vehicle in Douglasdale and seized drugs with an estimated street value of R3 million. Two people were arrested.

They were expected to appear in different magistrate’s courts soon.