So much anger in South Africa, says Bushiri on Mboro losing his cool on TV – The Citizen 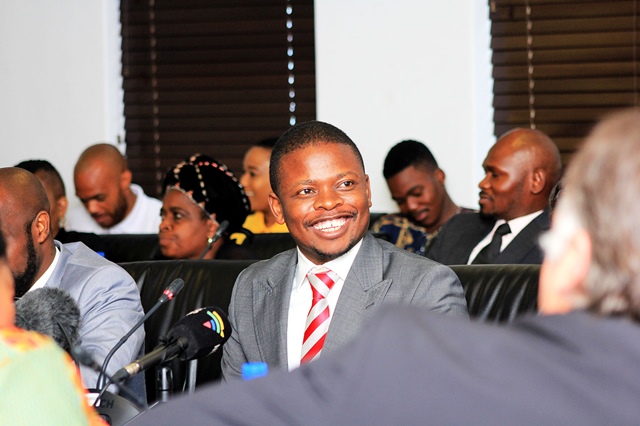 This following the first episode of AmaBishop: Exposing the scandals of South African churches invited pastors, including Mboro to discuss what is happening in the churches of South Africa.

In the episode, Solomon Ashomz, leader of Movement Against Abusing Churches – an organisation representing people victimised by the church, left Mboro in anger after accusing him of “playing the victim”.

“Sitting close to you is Pastor Mboro, he got a million [rand] from Bushiri. Today he’s supporting Bushiri, the next day he’s not. He’s trying to play a victim,” Ashomz told host Nimrod Nkosi.

Also read: ‘More are on the way’ – Bushiri says God is not yet done with his enemies

In anger, Mboro told the show the R1 million he received from Bushiri was nothing. He further accused Bushiri of trying to destroy him. Mboro said he could have destroyed Bushiri if he wanted as he got many opportunities to do so.

“If there are people who brought me down and destroyed me, Bushiri is on the top of the list of those people. I was the one filling up Tshwane showgrounds with more than 20 000 people. I then left the place. If I was him, I would have done extreme damage to Bushiri because I had opportunities.

ALSO READ: ‘What are these rich pastors doing for poor pastors?’ Mboro asks

But Bushiri says the chaos during the show was a result of God being with him.

“When enemies gather to destroy you on a TV show but God is with you – they start fighting each other and it becomes a serious display of confusion. They will gather in order to scatter.

“It looks like people cannot sleep until today because of what God is doing through our ministry. So much anger in South Africa. Persecuting and trying to tarnish my name even on TV shows; but God is confusing them in Jesus name,” he said on Thursday.

Bushiri has previously accused Mboro of lying and causing damage to his reputation.

“Prophet Mboro fought us on so many occasions before he finally came and apologised. He lied and caused so much damage before saying ‘long live Major 1’.”