Prime Minister Scott Morrison has conceded Australia’s early COVID-19 vaccine supplies from overseas were “a lot less than we had anticipated” as he defended delays to the national rollout.

Mr Morrison said Australia had originally expected to receive 3.8 million AstraZeneca doses from the European Union, but had so far received just 700,000.

“There are some 300,000 doses that are already out and being distributed from AstraZeneca, and there is another 400,000 that’s about to go out,” he said, speaking from a press conference at a western Sydney car dealership.

“That of course is a lot less than we had anticipated of international supply in this early phase – we anticipated that to be around 3.8 million.

“That obviously has an impact on the amount of doses available in the early stages of the rollout.”

In late January, a public and acrimonious fight erupted between the EU and AstraZeneca over vaccine delays, after the company advised the bloc that it would deliver tens of millions fewer doses than agreed by the end of March.

“The fact we have been able to get 700,000 out of Europe – given what they are going through in Europe – has been a Herculean effort by our agencies to achieve that,” he said.

“The vaccine strategy worked up, particularly for these early phases, we are not talking about the balance of the population,” he said.

He noted that around a quarter of Australia’s nursing homes – or roughly 380 facilities – have already received their COVID-19 vaccinations.

The arrival of 400,000 additional AstraZeneca vaccines would allow more doses to reach aged care facilities and Indigenous communities compared to the Pfizer shots, which have stricter storage criteria.

“We’re not going to pick people up out of aged care homes, put them on buses and take to stadiums – that’s not the right thing to do,” Mr Morrison said.

“We are also going to be going out to Indigenous communities very soon.

“Those 400,000 AstraZeneca – which obviously don’t have to be stored at sub-71 degrees – that gives us the opportunity to be reaching out into those Indigenous communities.

“We need to go there, rather than bring them to where we are.” 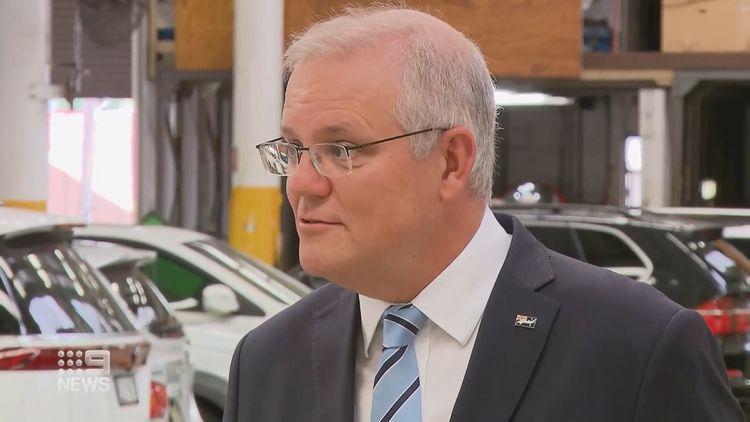 In pictures: Opposition Leader Albanese has vaccine as rollout continues