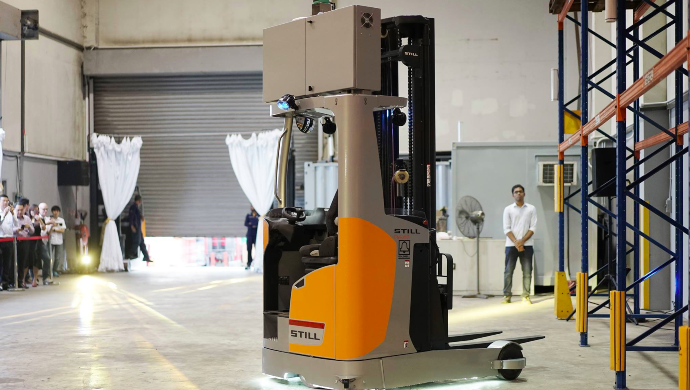 Singapore-based transport and engineering group, Goldbell Corporation which recently snapped up local electric car-sharing startup BlueSG, has been monitoring the autonomous mobility segment for a long and will enter the space at an opportune time, according to Kelvin Tay, Managing Director of its Future Mobility unit.

“An example of controlled environment autonomy is a warehouse, wherein autonomous forklifts are used to move items from one place to another. Here, the aisles in the warehouse are fixed and so there is the least possibility for accidents,” Tay explained.

Then, there is ‘open-world autonomy’, which is far more challenging than controlled environment autonomy. Goldbell, however, has no immediate plans to venture into this space because of ‘edge cases’. Edge cases refer to cases where autonomous vehicles don’t know how to react in situations with which they are not familiar.

“For instance, an autonomous car may consider a simple plastic blag lying on the road as an obstacle. If it comes close to this object, it may send an emergency alert and apply a sudden break. To stop it from doing so, you have to tell the vehicle/programme it in a way that it doesn’t stop at minor obstacles. Because when it applies a sudden break, the vehicle coming from behind is likely to collide with it, causing an accident,” he elaborated.

Another concern with open-world autonomy is a liability. For instance, there are concerns about who will be held liable if an autonomous vehicle is involved in an accident on a public road.

“When these problems are solved, it may be a good time for us to get involved. So, we would like to take a watch-and-wait approach before entering this space,” he said.

Having said that, Goldbell already runs an autonomous forklift company, called XSquare. According to Tay, this firm has already deployed three units of autonomous forklifts at its customers’ locations and they have been running for 12 months.

Tay also revealed that there were many companies under its consideration for acquisition but it went ahead with BlueSG because the latter has already established a strong brand in Singapore and is well-known. Plus, its model (car-sharing between point A to point B) is suitable for Singapore.

Also Read: Tesla to scale its team in Singapore with 11 new hires

Goldbell wants to take BlueSG overseas and has already shortlisted a few cities in Asia Pacific. He, however, declined to share the cities.

“We will take BlueSG to smart cities which share similar characteristics of Singapore so that it will be much more suitable for us to apply our technology. If the characteristics are so different from Singapore, then it might require too much localisation,” he said.