It is understood Queen Elizabeth has been in crisis talks with senior members of the family since the explosive interview aired in the US on Sunday night, but almost 48 hours later there is still no official statement from the Palace.

British media reports any reaction from the Palace has been delayed because the Queen wanted more time to consider what they would say.

It’s understood Palace staff suggested putting out a statement on Monday night (Tuesday AEDT) — when the interview aired in to an audience of 11 million in the UK — that would have reiterated the royal family’s love and concern for Harry and Meghan. The Times of London says it was the Queen who wanted more time.

While the Palace often tries to stay above controversy by remaining silent and riding out the storm, the Duke and Duchess of Sussex’s charges are so damaging to the royal family that it will have to respond publicly, says royal biographer Angela Levin.

That response is likely being delayed by the Queen’s struggle to balance her sometimes-conflicting roles as monarch and grandmother, says Levin, author of Harry, a Biography of a Prince. Yet she says there’s little doubt that ultimately the 94-year-old monarch will make her decision based on what’s best for the 1000-year-old institution she has led since 1952.

“And she’s stuck with this for four decades. But I think in this climate and 2021, everything goes everywhere. There’s so much social media that in this instance, she really can’t not say anything.”

The Palace is not wanting to incite any further tension and will not want to release a statement that may further undermine the monarchy.

“I think that one of the major worries is you don’t want to throw oil on the flames to make it even worse,” Levin said.

The other issue raised is that the UK’s opposition party, Labour, has called for an investigation into allegations raised by the Duchess of Sussex, particularly the allegation of racism. 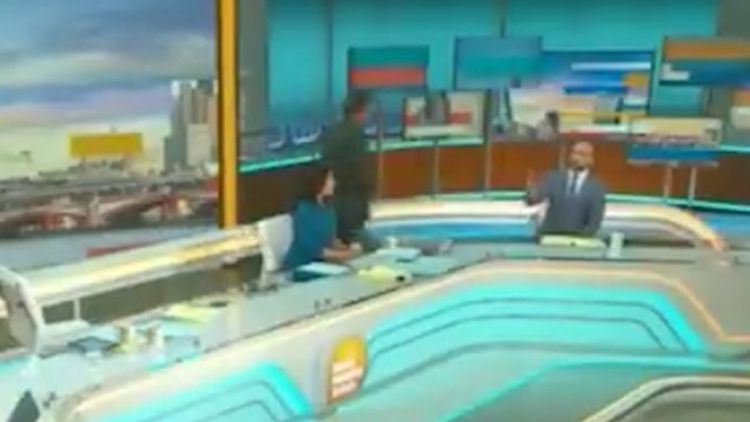 It was just last week where they put out that controversial rare statement saying they were very concerned about allegations Meghan had been bullying staff and they were launching an HR investigation into that.

They may now feel pressure to launch a similar HR probe into the new allegations as well.

Wall-to-wall coverage continues in the UK, adding to the enormous pressure on the royals to respond.

Overnight, Meghan’s estranged father Thomas Markle gave his own bombshell interview with scathing criticisms of his daughter and son-in-law, and commentary including that he did not believe the royal family was racist and dismissed an allegation of racism as “bullsh–“.

Meghan told Winfrey that when she was pregnant with her son Archie, there were “concerns and conversations” within the palace about how “dark” her child’s skin would be when he was born.

“I have great respect for the royals and I don’t think the royal family are racist at all,” Mr Markle told Good Morning Britain from Rosarito in Mexico.

“The thing about what colour will her baby be or how dark will her baby be, I’m guessing and hoping it’s just a dumb question from somebody. It could just be that simple, somebody’s asked a stupid question rather than it being a total racist.”

Controversial breakfast television host Piers Morgan, meanwhile, stormed off his own show after a spat with another presenter over his treatment of the Duchess.