Who ran Johannesburg better? – The Citizen 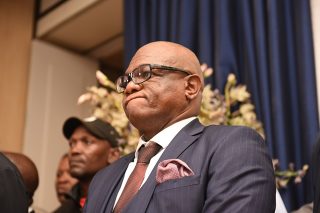 “Joburg emerged well from financial ruin by his masters. Hard work tried to reverse apartheid spatial planning by stitching it together but his populist agenda reversed all. He is now shouting from the sidelines signifying nothing. Lord help him,” reads the full tweet.

Hours later, Mashaba responded by turning his attention to another former Johannesburg mayor Parks Tau, before coming back to address Makhubo – who was MMC for finance under Tau’s administration.

“But even more useless was his MMC of finance who seemingly was earning R30 million from Regiments for maintaining relationships with the city.”

Following Mashaba’s tweet, scores of people flocked into the thread and it was game over for Makhubo as the majority of Joburgers showed that they preferred Mashaba’s administration more than that of Makhubo.

“What’s your achievement that’s far?” one user asked the Mayor.

“Mashaba ruined JHB???….Surely you’re joking Mr Makhubo. Parks Tau was a mess in JHB, and this is even acknowledged by some in the ANCYL. You could literally see the difference between a Mashaba administration and an ANC one. The darkest corners of JHB were finally lighting up,” reads another twee on the thread.

There was a couple of people who tried to defend the Mayor but Joburg dweller could hear none of that.

“Under that mampara of your party, the City achieved a record-breaking R2,4bn in irregular expenditure. He must come here to dispute it which I doubt that he will,” a tweet by John Mphatsoe reads seemingly in defense of the Makhubo.

That fool was doing a better job than you, he was just in a wrong party. We wouldn’t have seen what we saw in Hillbrow last week if he was still in charge. Joburg was becoming safer and cleaner. Now back to square one.

Mr Makhubo, you’re the Mayor of our City right now, stop blaming other people for ruining our City, what are you doing right now? Roads are dug up and are hardly fixed afterwards, Sewage outbreaks ???? are a norm & take months to be fixed.

Joburg under now under ANC and Makhubo as Mayor pic.twitter.com/IAveDFQv7e

Does this mean he was doing good in a way that you almost thought SA was back into apartheid time,where all things were working, and service was deliverd,???? and Jozi was a safe place to be at? Go ahead confes it apartheid people loved SA they kept it clean.. what did your ANC do pic.twitter.com/GoDicYsyKY

I even forgot ukuthi we have a mayor in Joburg.

Why are u not employing young people to keep the inner city clean? Exhibit A from Braamfontein! We will show u exhibits everyday for the next 7 days of the state of uncleansiness of the inner city. pic.twitter.com/Mk1OcdP8XB