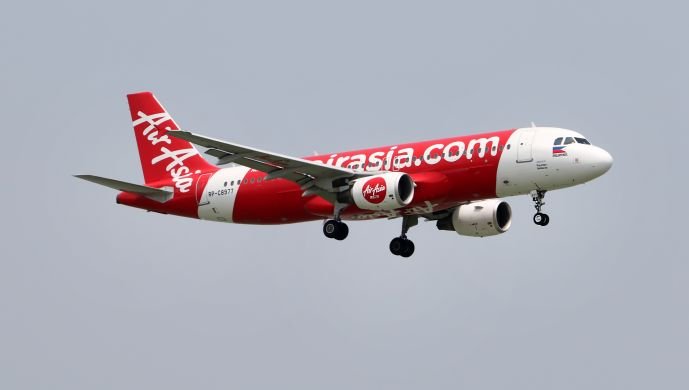 Despite the growing competition of similar services within the region, AirAsia intends to woo customers by promising a five per cent lower delivery charge in comparison to its competitors.

The company is also offering a two-week free delivery for orders within 8 km until March 16. Users can book orders via their website AirAsia Food or its app, where flights can be booked too.

AirAsia Group’s chief executive officer Tony Fernandes said at an online press briefing that its food delivery app will not be having features such as “maps” to locate delivery agents, calling it an unnecessary “frill”.

“Just like AirAsia doesn’t have all the frills of Singapore Airlines, AirAsia Food, for instance, (won’t) have maps. We don’t think you really need to know where your driver is, because that costs us,” he mentioned.

Its platform currently has 24 food-and-beverage outlets which include Swee Choon Tim Sum, Maki-san, PizzaExpress, and Indian Wok, and is in talks to get 300 more food operators on board.

Also Read: COVID-19 accelerates food delivery startups in SEA with Grab responsible for near half of growth: Report

Additionally, AirAsia Food also plans to launch its food delivery service in Thailand, Indonesia, and the Philippines before the end of this year.

It has also revealed plans to enter the fresh produce delivery market in Singapore where consumers can order imported fish from Japan or short ribs from Korea directly to their homes in Singapore within 48 hours.

COVID-19 has accelerated the food delivery market in Southeast Asia (SEA) and at the same time badly hit travel and hospitality companies.

With the lockdown prompting many in the region to download apps offering food delivery services, the number of downloads has increased 2-2.5 times in March and April.

This trend has led AirAsia to hop into the food delivery space as it bets on the growing potential of the sector while also leaning towards other sources of income to survive.

However, will AirAsia be able to stand up against the likes of established market leaders such as Grab, Deliveroo, and Foodpanda?

Only time will tell.

Ghost kitchen startup MadEats makes it into Y Combinator, in talks for fresh round of investment