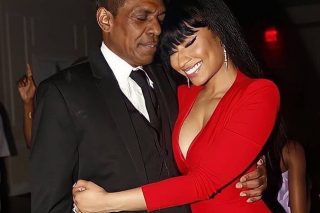 Polevich, who pleaded not guilty, was released on a $250,000 bond, his lawyer Michael Scotto told CNN.

A driver accused of striking and killing US rapper Nicki Minaj’s father in a hit-and-run has been arrested, police said Wednesday.

Charles Polevich, 70, was charged with “Leaving the Scene of an Accident with a Fatality and Tampering with Evidence,” New York state’s Nassau County Police said on Twitter.

Polevich, who pleaded not guilty, was released on a $250,000 bond, his lawyer Michael Scotto told CNN.

Minaj’s 64-year-old father Robert Maraj was walking down the street in the municipality of Mineola on Long Island on Friday when he was struck by a car.

The driver fled the scene and Maraj was taken to the hospital where he died Saturday.

Minaj, who was born in Trinidad and Tobago but raised in a Queens neighborhood not far from where her father was struck, has not yet issued an official statement.