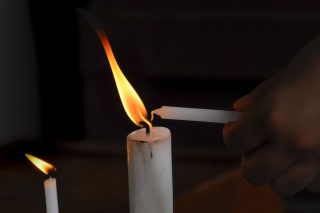 
Eskom says the risk of load shedding might reduce after April as the power utility looks to deal with its backlog of maintenance.

This is after Eskom predicted that load shedding was likely to occur until December this year.

Appearing before Parliament’s public enterprises committee alongside minister Pravin Gordhan on Wednesday, Eskom CEO Andre de Ruyter revealed that the risk of load shedding would increase during the first quarter as a result of the maintenance on its units.

“We have taken out the equivalent of two major power stations to perform maintenance which has created a capacity tightness, when we have unplanned outages in other units there is then the unfortunate necessity to implement load-shedding,” he said.

De Ruyter further confirmed the country would see a change to the risk of load-shedding by April.

“We anticipate that by the time that the 11 units we have maintained return to service by April this year, the first wave should be finished by then, that we will be in a position where we can significantly reduce the risk load-shedding.

“When the second tranche is completed, we will also see a change to the risk of load-shedding, but it won’t be eliminated,” he said.

He added that six defects needed to be repaired at the Medupi power station, further revealing that the repairs would cost R300 million per unit.

The defects and the low-quality coal were the reason Eskom experiences low-energy capacity, creating the need for load-shedding.

The CEO said the cost of repairs will be shared between Eskom and its supplier.

Speaking on Jacaranda FM, Eskom spokesperson Sikonathi Mantshantsha explained that the power utility has been using its 20 open cycle gas turbines, which operates on diesel, at full capacity costing around R10 million per hour.

“We use them depending on the situation and how many megawatts we need,” he said.