Budget cuts leaves more than 37,000 pupils without transport in Eastern Cape – The Citizen 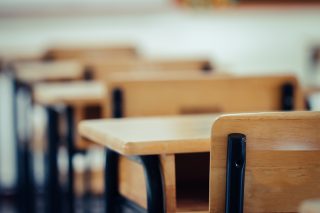 
More than 37,000 Eastern Cape pupils have been left stranded without transport to schools because of the transport department’s budget cuts.

The education department revealed, during a schools readiness presentation, that only 87,000 will be transported in 2021.

It also admitted there were actually 140,884 learners in need of scholar transport.

The education department also revealed that more than 120,000 pupils dropped out of school due to the Covid-19 impact, but there are fresh fears the lack of transport for learners will aggravate the dropout rate.

DA MPL in education, Yusuf Cassim, said: “These learners have been left behind and will struggle to attend school, which will tragically lead to greater school dropouts. It is heart breaking and unacceptable.”

DA MPL in transport, Marshall von Buchenroder, said he would be writing to Premier Oscar Mabuyane and the MEC of finance, Mlungisi Mvoko, to challenge them to find the additional funds needed to provide scholar transport to all learners who qualify.

“Perhaps they can succeed where the Transport MEC Weziwe Tikana-Gxothiwe has failed,” said Von Buchenroder.

“This is simply unacceptable. Learners identified for scholar transport are those who have no other means of getting to school. This ANC-led government has thrown our children to the wolves. They have failed these children,” he continued.

“The same department that has claimed the reduction in numbers is due to budget cuts underspent their budget by R94 million in 2019/20 financial year,” said Von Buchenroder.

He said the transport department needed to explain how it had exhausted the scholar transport budget in 2020, with learners having not attended school at all during lockdown Level 5.

The Eastern Cape transport department said it had saved money during the pandemic, which was why they were able to ferry more learners than budgeted for.

Transport spokesperson Unathi Binqose said the 37,000 pupils were ferried “as an act of generosity” because the number of learners budgeted for scholar transport was 87,000, even in 2020.

Eastern Cape chairperson of the National Association of School Governing Bodies, Mongameli Peter, said: “This means that learners of the working class, and working people in township and rural areas, will again suffer an added strain to Covid-19, that of not getting quality learning and teaching because they will not be ferried to school where learning is taking place.”

“The same department, pleading poverty, was able to spend R13.4 million on catering for its officials,” added Von Buchenroder.

“This ANC-led government does not see a problem with five-star meals for their officials, while children starve, because they cannot get to the school that serves them the one meal a day that they can rely on through school nutrition programmes,” Von Buchenroder added.

Responding to the allegations of mismanagement of funds at the department, Binqose said: “There’s no substance in those allegations.

“The fact is that, when the coffers had some savings, the department was able to accommodate more learners, and that is testimony to the commitment to ferry as many learners as is financially possible.”