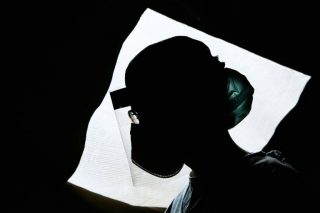 These are the latest developments in the coronavirus crisis:

The new policy requires all UK citizens and permanent residents entering England from 33 countries on a wider travel ban list to self-isolate at their own expense in approved hotels for 10 days and take several tests.

Two million people have been ordered to stay at home for 15 days starting Tuesday, state media reports, as the nation struggles to extinguish a troubling new outbreak in Hai Duong province.

Chancellor Angela Merkel’s spokesman Steffen Seibert says Germany will not rule out expanding new travel controls to its French border amid a surge in virus mutations in the Moselle region, after Paris urges against border closures.

Peru’s foreign minister resigns amid a growing scandal over politicians receiving vaccinations well before the general public — the second top official to step down after the health minister did so last week.

Zimbabwe receives its first batch of Sinopharm vaccines from China as the country, already struggling with a deepening economic crisis and scant health resources, gears up to begin administering jabs.

The virus has caused at least 2,400,543 deaths since the outbreak emerged in China in December 2019, according to a tally from official sources compiled by AFP on Monday.