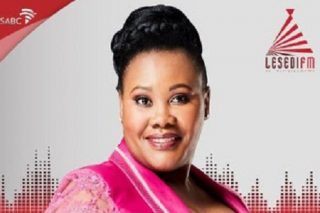 
A warrant of arrest has been issued for the husband of Lesedi FM current affairs presenter Dimakatso Ratselane.

Ratselane was brutally attacked and stabbed multiple times – allegedly by her husband, Mackenzie Ratselane – on Thursday in Mangaung.

“After several attempts to get into contact with the husband, the police took the investigation to another level and obtained a warrant of arrest.

“As of today, Mackenzie is regarded as a suspect on the run, and will be treated as such by any law-enforcement officer who comes across him anywhere within and outside the borders of this country, as we believe he has a serious case of attempted murder to answer,” police spokesperson Brigadier Motantsi Makhele said.

Ratselane was found by residents of Dinaweng, covered in blood because of the multiple stab wounds she had sustained.

“According to preliminary investigations conducted, Mackenzie was the last person suspected to have been with the victim before she sustained these injuries,” said Makhele.

She was recovering in Pelonomi Hospital.

Police are appealing to anyone who comes across Mackenzie to contact the head of the investigating team, Captain Paseka Mojaki, on 082 553 7639.

Meanwhile, the SABC said it is saddened, outraged and condemned the incident.

SABC acting spokesperson Mmoni Seapolelo said the public broadcaster views the horrendous incident as an enormous threat to the right to life, family stability, social progress, women advancement and productivity in the workplace.

“The corporation wishes the concerned employee a speedy recovery and will provide all the necessary support.

“As a public service broadcaster, the SABC remains an important institution for empowering citizens with valuable information, to create awareness regarding various social ills, including the intractable and atrocious gender-based violence.

“The SABC is committed to continuing to play its critical role in heightening citizen vigilance and consciousness in this matter,” Seapolelo said.