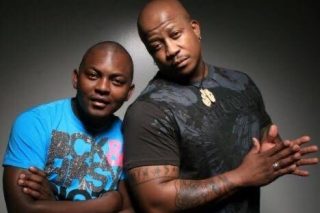 
DJs Fresh and Euphonik have said the rape allegations levelled against them has been dismissed.

This follows DJ Fresh (Thato Sikwane) and Euphonik (Themba Nkosi) parting ways with Primedia Broadcasting recently after they could not “find common ground with the company”.

Last month, a woman took to Twitter to accuse Fresh and Euphonik of allegedly drugging and raping her in 2011.

The two DJs had previously “reached a mutual decision” to step down from their roles at 947 due to the allegations.

Meanwhile, the pair released a statement on Monday saying that the allegations were dismissed by prosecutors as they were without “merit”.

“We are pleased to state that, after considering all of the evidence collected while investigating the claim made by Ms Madikizela against us, the Chief Prosecutor has dismissed the allegations on the basis that the allegations are without merit. The docket has been marked NOLLE PROSEQUI.

“As we’ve said before, these are false allegations and we are deeply saddened that GBV, a serious crisis in South Africa, was weaponised in this manner. A huge thank you to all of our family, friends, supporters and to our legal team,” they said.

DJ Fresh joined 947 in July 2019 and has been hosting the station’s drive time show ever since. Euphonik joined the station back in 2016.