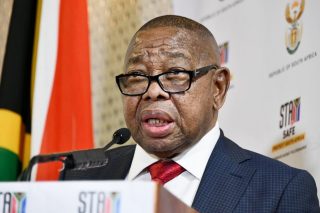 
Higher Education Minister Blade Nzimande says the R500 million in irregular expenditure at the National Student Financial Aid Scheme (NSFAS) was due to a gazette requirement sought by the Auditor-General (AG).

READ MORE: It’s each university for itself with different academic plans in the tertiary sector

This was a massive drop from the R3.2 billion incurred in the 2018-19 financial year.

Despite the lower recorded irregular expenditure, Nzimande said there exists, whether declared or not, a dispute between his department and the AG.

“The AG brought to my attention that they are going to make a finding of irregular expenditure against NSFAS based on the fact that, for the past three years, NSFAS has not been gazetting the bursary scheme that was introduced in 2018. The AG’s office had told me because there was no gazetting, this was considered irregular expenditure,” he said.

Nzimande said he had approached the department’s director-general about the matter.

“The department’s legal advice was that there was no need for gazetting. They have stood by this view. That is the situation,” he said.

ALSO READ: UKZN students up in arms over 2021 fees

Presenting the agency’s audit outcomes to MPs, the AG’s Luthando Mehlomakulu said most of the irregular expenditure was caused as a result of disbursements made to students contrary to NSFAS funding policies, eligibility criteria and funder requirements.

The AG also highlighted the poor collection of debt because of an increase in impairment of debtors in the current financial year, due to the economic climate.

He said the audit outcome had stagnated, and some qualified areas reported on in the prior year audit were not addressed and it re-occurred.

“Action plans were not implemented in a timely manner to address significant internal control deficiencies identified. The entity is yet to reconcile records with tertiary institutions, dating back to 2017.

“The delay in finalising these reconciliations is resulting in institutions owing material balances of unutilised cash to NSFAS, which has not been recorded and collected,” Mehlomakulu said.