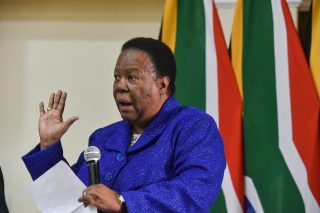 
International Relations and Cooperation (Dirco) Minister Naledi Pandor has placed her department’s Director-General Kgabo Mahoai on precautionary suspension after the department spent R118 million million for a piece of land in New York, that did not exist.

In a letter to staff, Pandor confirmed the changes at the top level of her department.

“Please be advised that the director-general, Mr KE Mahoai, has been placed on a precautionary suspension with effect from 11 February 2021. This precautionary measure does not constitute a judgement,” she said in a short note seen by News24.

News24 reported in October that a fact finding mission to New York carried out by MPs in December 2019 found that the piece of land meant to house South Africa’s diplomats there does not exist.

The report concluded that: “… the amount of R118 million was paid on the basis of a misrepresentation to the Department that the estate agent has bought land to build a suitable and sustainable office building.

“The supply chain management challenges associated with the New York pilot project are a source of diplomatic embarrassment and posed a reputational risk to the image of the country”.

The report recommend that action be taken against the accounting officers of the department.

Mahoai was also the Chairperson of the SADC Standing Committee of Senior Officials.

Mahoai last appeared in Parliament in October to answer to allegations that SA’s deputy ambassador to Sudan and her partner have links to murders and an assassination attempt.