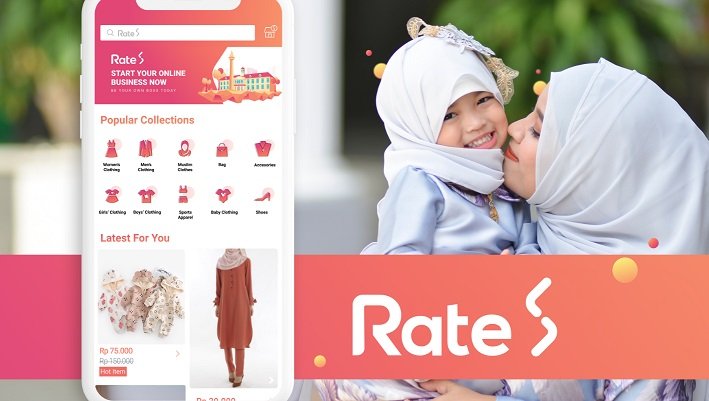 RateS, an Indonesia-based social commerce firm, has bagged US$6 million in equity in a Series A+ round led by existing investor Vertex Ventures Southeast Asia & India, reported DealStreetAsia.

The round also included US$1.5 million in debt financing.

The startup will utilise the funding to launch its in-house brands, starting with mum and baby products manufactured in China. To support this strategy, RateS is also looking to raise the Series B round in H2 this year and calling for investments from Chinese strategic investors.

In addition, the firm also intends to tap on Kasikornbank’s line of credit with Beacon to leverage its financial products to rural customers.

Before this, RateS received an undisclosed amount in a Series A round in 2021 for expansion into tier 2 and 3 markets in Indonesia by expanding the “density” of its reseller membership network.

Also read: The 27 Indonesian startups that have taken the ecosystem to next level this year

Founded in 2016, RateS has grown from a foreign exchange service provider to a social commerce platform, allowing sellers to source goods, manage deliveries, accept payments, and access financial products through their app.

The firm focuses on housewives, students, and micro-entrepreneurs in Indonesia’s tier 2 and 3 cities.

Last year, Jake Goh, CEO and co-founder of RateS, said that its resellers’ earnings have increased by up to 50 per cent after joining the company’s platform. He also told DealStreetAsia that RateS currently serves 500,000 resellers with gross merchandise volume (GMV) jumping 4x in 2021.

Social commerce in Indonesia has witnessed strong growth. A McKinsey report forecast that social commerce is expected to grow into a US$25 billion dollar industry by 2022, driven by the growing number of merchant bases.

Amid the COVID-19 crisis, the global social commerce market is estimated to increase at a soaring rate of 31.4 per cent. Last year saw an influx of funding into SEA’s social commerce startups, including Indonesia’s Desty, Kitabeli, Super, and Segari; Singapore’s abilion and Raena; and Vietnam’s Mio.