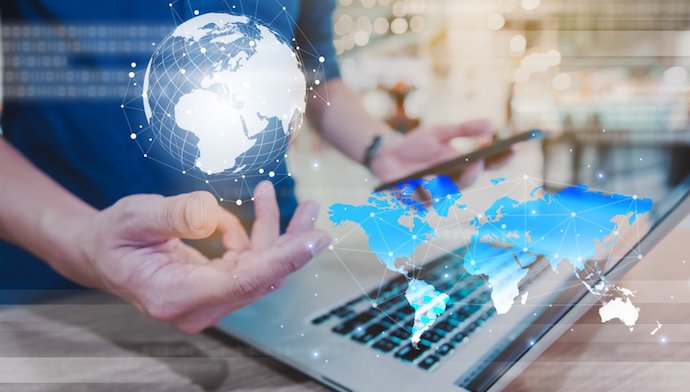 Have you ever woken up and seen an email saying your personal data got hacked? I bet that’s happened to you too and, sadly, there’s nothing we can do about it … yet. I definitely don’t want my special meal data out on the dark web. Sigh.

This post aims to shed light on the problem with the internet today and how blockchain technology is redefining web 3.0.

A brief history of the internet

Do you know what the internet is? If not, I highly recommend this short video by Vox.

In short, whenever you type a URL into the web browser (let’s say www.nattariya.com), the web translates that data into bits (a string of zeros and ones) and transmits your query to open that website to your wi-fi router in radio waves.

The router then picks up the signal and sends the query to the Domain Name System (DNS) to look up where www.nattariya.com is hosted so that they can fetch the data on that website and show it on your laptop.

If the data is hosted in another part of the world, the Internet Service Provider (ISP) will route your query over internet cables (yes, actual cables that go underwater) to get that data from the server somewhere in the world.

Once the data is fetched, it will return the data to the ISP, and the ISP will send it to your laptop the same way. And, all of this happens in split seconds.

The problems with the internet today: State and security

In truth, your data is not stored on ‘the cloud’, but rather at data servers somewhere, and that data is owned by the applications you’re using, rather than you.

Typically, the applications would use data servers offered by ISP or some big tech companies, such as Google, Microsoft, and Amazon. Big names promise big trust that they will be able to store and guard our data safely.

This leads to a major problem with the internet today: you have to trust that the applications and companies you’re dealing with will be able to safeguard your private data and, more importantly, trust that they will not sell your data to the wrong people.

The reason why the internet has this problem today is because of two things:

The internet is a stateless protocol

As a result, applications such as Facebook, Youtube, and Google are built on top of the protocols to store and manage data.

Therefore, these applications record and manage the ‘state’ and hold valuable user data. This is why selling user data to advertisers is the most common business model for Web 2.0.

The internet was not designed with ‘security in mind

It was designed for transaction speed. Because data is stored and managed by centralised applications, the data on these servers is protected by firewalls, and system administrators are needed to manage these servers and their firewalls.

Trying to manipulate data on a server resembles breaking into a house, where a fence and an alarm system provide security. If you know how to jump the fence and break the alarm, you can get the data easily.

The lack of security is an issue, as reflected by ransomware and data leaks.

AT&T lost the private data of 70 million users, Bangkok Airways faced a breach that took customers’ data, including passport numbers. We have come to accept those limitations as part of our lives and can’t do anything about them.

How does blockchain fix the ‘state’ and ‘security’ problems in Web 3.0?

The internet, or what we typically call Web 2.0, stores data on a client-server model. The data that you store or query is stored on a server owned by a centralised entity somewhere. Blockchain allows ‘state’ to be recorded and stored in a decentralised way.

Also Read: Practical tips to protect your business from cyberattacks

Applications built on the blockchain will be able to utilise this ‘shared data layer’, which means that applications can no longer own or monetise user data. It also gives us availability, integrity and authenticity guarantee: we can always access data, and no one can change it.

On the other hand, encryption technology enables data ownership as it allows data to be transferred securely. For example, if A sends bitcoin to B.

Only B will be able to access the bitcoin because he has a private key. This concept of sending and receiving value on the internet was impossible because we lacked a worldwide ledger system (a.k.a. blockchains).

The recent breakthroughs in blockchain and encryption technology combined make it possible to transfer and store data differently.

For the first time in history, we have the ability to add ‘secure properties’ to the internet. If you want to steal data, you would need to break into multiple houses around the globe simultaneously, which each have their own fence and alarm system, to breach them.

Web 3.0 is essentially a new way for individuals to use the Internet without giving up their privacy and valuable data.

Can we use blockchain today?

The most important challenge in blockchain today is scalability. Contrary to traditional computers, the capacity of blockchains does not grow with demand. When you’re buying a new laptop, you’re adding to the worldwide compute capacity.

When running a blockchain node, you’re not increasing the network capacity. This is a major issue. Compared to a laptop, Ethereum’s performance is only 10 Kilohertz, whereas your laptop can process as fast as 3-4 Gigahertz.

For perspective, 1 GHz = 1000000 kHz. That’s right, your laptop is hundreds of thousands of times more powerful than Ethereum and makes Ethereum look like a nice little calculator.

What use cases are suitable for blockchain technology?

Since blockchain, coupled with recent encryption and cryptography breakthroughs such as homomorphic encryption and zero-knowledge proofs, gives us secure computing, it makes sense to use it for use cases that require high integrity and security, e.g. financial services, first. In the future, once the technology scales, why not use the internet that comes with security guarantees for every transaction?

In 20 years, we’re going to expect everything to be secured. We’ll see those niche use cases expand as the network scales. The security-enabled by these new technologies will likely extend all the way to the hardware level.

Also Read: How should SMEs and startups prepare to handle a ransomware attack?

You might not be using an iPhone but instead, a ‘secure phone where your information remains yours.

In Web 2.0, Windows or iOS is a way to interact with programs developed by third-party applications. You install an app, visit a website, or install software and things happen on your device.

In Web 3.0, the model is flipped on its head. Instead of many devices executing many software instances, the network itself operates a single and secure instance of an application.

Today, the most common way to interact with secure computers is through sending and receiving tokens, and the standard of interaction is ERC-20. So start trying out Web 3.0 today by downloading Metamask and sending tokens from your exchange wallet to Metamask wallet.

This post first appeared on www.nattariya.com and was inspired by a chat with Guillaume Le Saint of Atato on the Asian Fintech Podcast.

The post What is web 3.0 and why should you care? appeared first on e27.