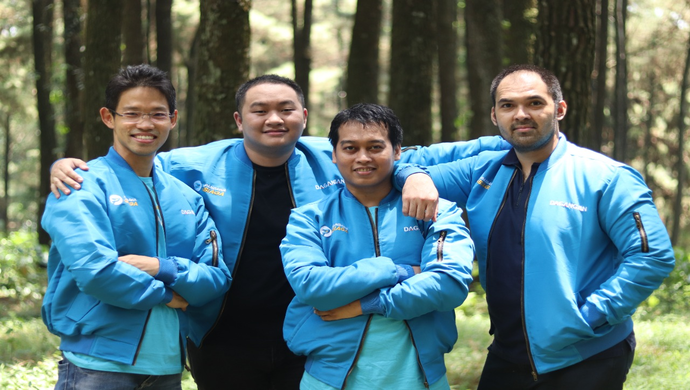 Dagangan, a social e-commerce platform that supplies fast-moving consumer goods (FMCG) to underserved rural communities in Indonesia, has secured US$11.5 million in Series A funding led by Monk’s Hill Ventures.

Dagangan will use the new capital to grow its in-house white-label products such as frozen foods, groceries and homeware appliances.

A portion of the money will be used to expand its digital product features such as pay later, logistics pick-up and delivery, talent acquisition. Dagangan will also grow partnerships with community leaders, key opinion leaders, local entrepreneurs, and village chiefs.

In addition, Dagangan plans to expand its footprint in tier-3 cities and tier-4 villages, including Java, Sumatra, and Kalimantan.

The new round comes about three months after Dagangan bagged an undisclosed amount of pre-series A funding from CyberAgent Capital, Spiral Ventures, 500 Startups, and Bluebird Group.

Founded in 2019 by Ryan Manafe and Wilson Yanaprasetya, Dagangan supplies FMCG through its Android app and partnerships with community leaders. It uses a tech-enabled hub-and-spoke approach to reach out to key opinion leaders (KOLs) in a new market. For example, village chiefs, microentrepreneurs, or community heads in critical areas.

After establishing these key relationships, Dagangan will work with the supply chain, including FMCG producers and wholesalers or warung owners (shop owners), to deliver group orders cultivated by the KOL to consumers within 24 hours.

The group orders are placed on the company’s app. Dagangan also produces its private-labelled products such as groceries through its partnerships with local farmers.

Its group-buying model aggregates demand based on location, enabling users to make a joint purchase with other buyers, assisted by agents who will facilitate the end-to-end user experience.

To date, Dagangan has covered more than 5,000 villages in over 50 regencies. It has also distributed over 20 local products from smaller farmers and distributors to a broader market.

It distributes more than 20 private-labelled products, such as rice, brown sugar, and snacks items. Today, Dagangan has more than 20,000 active users that manage over 3,000 SKUs.

“Supplying basic daily necessities to rural communities in Indonesia continues to be one of the most complex problems to solve with existing inefficient supply chains and logistics networks. Dagangan’s hub-and-spoke model has shown impressive traction and an early proven track record that is impacting communities,” said Peng T. Ong, co-founder and managing partner of Monk’s Hill Ventures.