Is biomedicine and healthcare coming of age? 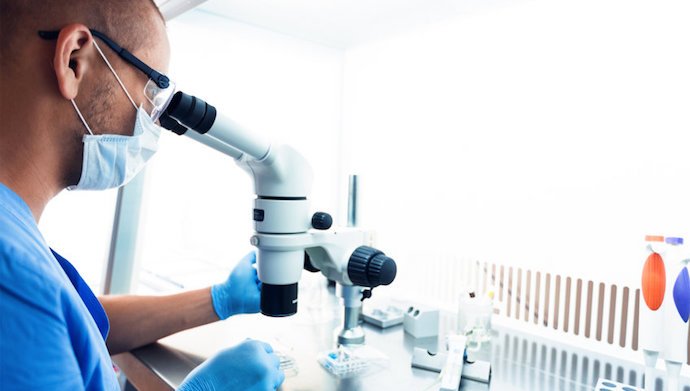 Healthcare is all the rage. In 2020, venture funding into health tech companies nearly doubled, reaching a record US$14 billion. In the first quarter of 2021 alone, another US$7.2 billion was poured into the sector globally. For too long, healthcare has been seen as an industry too complex, too manual, too regulated, and too unwieldy for innovation.

As the world moved on to become more productive with the help of tech, globalisation and Moore’s law, healthcare remained analog, local, and inefficient– all of which had driven up the cost of healthcare.

Then came the year 2020, when a pandemic forced the entire healthcare industry to rethink the many broken and ossified aspects of it– vaccines were made and approved at record speed, data-driven healthcare became a norm, and telehealth utilisation more than quadrupled from figures that had taken over a decade to achieve.

Technology is now seeping through healthcare systems that had revolved around brick-and-mortar facilities– hospitals, research laboratories, and care homes, just to name a few. In this article, we discuss some of the most exciting trends that are set to change everything we know about healthcare.

When it comes to healthcare, there is (was) no remote working. Earlier use cases of virtual care were largely limited to niche, low acuity services. Thanks to unprecedented regulatory approvals, virtual care has now woven into a much broader set of care models across the entire acuity spectrum such as remote monitoring of blood sugar levels for diabetics, teleconsultation in family medicine, digital triaging at the emergency department, and even remote ward rounds in hospitals.

The implications are massive, as the maturation of virtual care will fundamentally change patient/clinician interactions and redefine healthcare supply/demand dynamics. Competition among clinicians will no longer be local, and home-based care may soon become a norm.

Imagine consulting a physician from the comfort of your home, and have your care team organise care workers, medical supplies, and equipment delivered to your doorsteps.

Healthcare data has long been kept within the walls of healthcare systems and electronic health record (EHR) providers. Such practices have limited the power of data and encouraged top-down, heuristic decision-making in clinical medicine. The rise of virtual care and the unbundling of healthcare services will force the migration of patient data out of EHRs and into a cloud where all providers can access it.

At-home care, home-diagnostics, virtual care, patient-reported outcomes, remote patient monitoring, genetics, social factors all contribute to a more holistic and longitudinal understanding of patients health, and are infinitely more valuable together than they are apart.

For many, allocating a significant portion of their retirement savings for old age medical treatment is a perfectly reasonable thing to do. As alluded to in my previous paragraphs, healthcare suffers from an intractable cost-disease. Having to spend a quarter of one’s savings for major surgery or millions of dollars for novel oncological therapies is simply unsustainable for both governments and individuals.

A major driver of ever-increasing healthcare costs is the misalignment of incentives between payers, patients, drugmakers, and providers. As healthcare becomes more transparent, competitive, and tech-driven, it is almost certain that we will usher in an era where patients will pay for therapeutic outcomes (performance) rather than inputs (doses, consultations).

For healthcare systems, value-based care practices will encourage greater focus on improving, rather than attracting patients for more procedures and longer stays.

For patients, novel therapies may come in shorter therapeutic windows at a lower cost. For payers, the benefits of healthier policyholders are all too obvious.

Bio at the crossroads

The sheer potential of biology in the coming decade probably warrants an article of its own, but we will try to cover as much as possible.

Like healthcare (among industries), biology has long been seen as a laggard among the sciences. Compared to the many breakthroughs in physics, chemistry, and even computer sciences, much of what researchers do in biology have remained the same since the first major small molecule drug, Aspirin, was discovered in the 1890s.

As biology lacks constants and predictability, such complexities, coupled with a vast number of unknown unknowns, meant that drug discoveries are often highly bespoke and artisanal processes. However, as material sciences and computational power approach a certain level of maturity, they are beginning to allow for the unlocking of biology.

Last year, researchers at London’s Google Deep Mind unveiled the Alpha Fold A.I. system that is capable of accurately predicting up to 99.1 per cent protein folding patterns at speed. The breakthrough was touted by Arthur Levinson, CEO of Genentech, as a ‘once in a generation’ advance in biology.

Also Read: Moving mental health out of Freud’s era and beyond the couch with big data

One such example is Moderna, whose technology will have likely a lasting impact on drug discovery timelines.

The time is ripe for us to completely rewrite the playbooks for one of society’s most critical industries that is healthcare. The transformation will take time, but if technology is applied right, we may be able to solve many of healthcare’s problems within the next decade.

As venture investors, the critical task of choosing who and what to fund for the future of healthcare will be paramount.

The post Is biomedicine and healthcare coming of age? appeared first on e27.