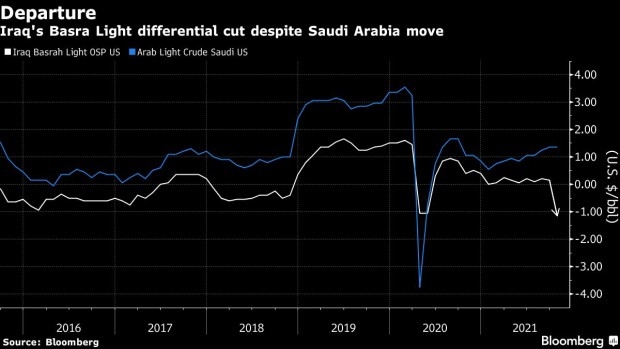 
Iraq cut the price of its banner crude for U.S. customers sharply, a bold deviation from what Saudi Arabia chose to do with its own barrels just a few days ago. The nation’s Basrah Light barrels will be sold at a discount of $1.15 per barrel to a regional benchmark in October for buyers in the Americas, according to a price list from Iraq’s state oil marketing company. That compares with a slight premium 15 cents a barrel against the same marker for September. The move is eye-catching because, like many Middle East countries, Baghdad rarely diverges much from what Saudi Arabia does when it comes to pricing. But earlier this month, the kingdom kept its own flagship crude Arab Light at a $1.35 a barrel premium for October, unchanged from September. Iraq cut prices for buyers everywhere, with the exception of Kirkuk barrels sold from a port in the Mediterranean Sea. Those were kept unchanged. Oil production in the U.S. Gulf of Mexico has been sharply curtailed following Hurricane Ida, which caused a large chunk of the region’s output to halt. 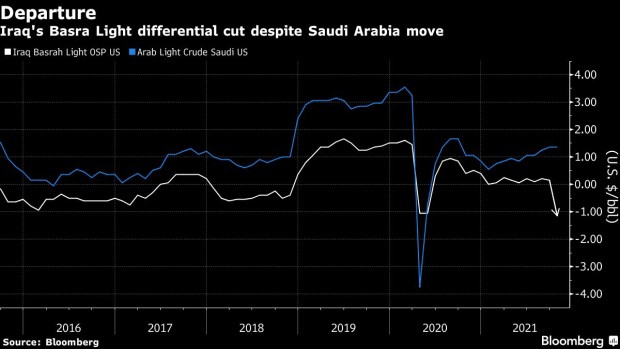