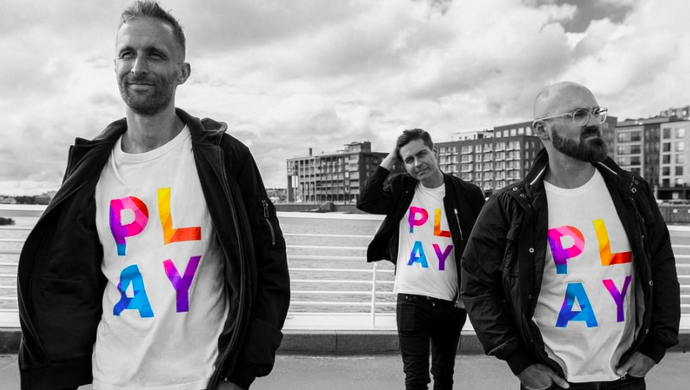 J&T Express in talks to raise US$1B from Tencent, others at US$20B valuation
It plans to establish a nationwide distribution network in Middle Eastern and Latin American markets by early next year; J&T Express recently achieved its goal to raise US$250M in a new round of financing following the Chinese Spring Festival.

True Global Ventures hits final close of its new blockchain fund at over US$100M
Its looks for companies that bring the latest technology in DLT across 4 verticals: entertainment, infra, financial services, and data analytics & AI; True Global was founded by 40 partners, and its LPs include Octava Family Office.

Bukalapak posts 35% revenue jump in first earnings report after IPO
The Indonesian e-commerce major’s revenue jumped to US$60.5M for H1 2021, following a massive improvement in the performance of its O2O segment, Mitra Bukalapak; Revenue from its e-commerce marketplace grew roughly 4% to US$37.1M.

25 notable startups in Malaysia that have taken off in 2021
There is no question that 2021 has been a challenging year, but these startups continue to make progress and break barriers; e27 chose these startups based on the news coverage that we did of the country in 2021 and presented it to you based on chronological order, starting from the most recent updates.

Indonesian B2B marketplace Ralali eyes US$50M Series D
Ralali, which connects buyers to suppliers and wholesalers, is looking to close the deal by year-end; The startup is eyeing to reach profitability before going public; In 2019, it raised US$13M in Series C led by Zigexn founder Jo Hirao and Singapore VCs Arbor Ventures and TNB Aura.

Investing with gender lens: Proven strategy to achieve 2x+ in returns
According to Statista, in 2019, only 20% of the startups had a female founder; Moreover, only around 12% of the VC was invested in startups with at least one female founder, which had been the same since 2011.

KiotViet raises US$45M from KKR, Jungle Ventures
KiotViet is a merchant platform that provides solutions, including PoS, inventory management, CRM, and employee management services to over 110K MSMEs; KiotViet has additionally expanded to offer a B2B procurement marketplace and integrated logistics services for its merchants.

New startup Aicadium founded by Temasek acquires Singapore’s BasisAI
BasisAI is a provider of scalable and responsible AI software; After the acquisition, BasisAI will merge with Aicadium; The deal brings together capabilities including deep AI and machine learning as well as product development expertise that spans decades; It will also help with Aicadium’s global expansion plans.

Accelerating Asia launches US$20M Fund II for early-stage startups
It has already secured US$10M initial commitments from existing LPs; Fund ll looks to bridge the market gap for pre-Series A investments in SEA and South Asia; It will start to deploy capital in 2021; For Fund II, Accelerating Asia will increase its investment amount into startups to up to US$250K and invest in a greater number of startups.

Singapore PM pulls up food delivery apps on labour practices
Prime Minister Lee Hsien Loong said that he was especially concerned about delivery staff recruited by Grab, Foodpanda and Deliveroo as the workers had no employment contracts, no basic job protections, and earn “modest incomes” that make it difficult for them to afford things like healthcare, housing, and retirement savings.

Temasek’s Heliconia invests in Singapore’s pop culture collectibles maker XM Studios
The money will be used for global expansion and also diversify its business with other IP verticals such as sports and entertainment; XM Studios specialises in hand-craft luxury collectibles.

Why these four Vietnamese startups made it to the Forbes Asia watchlist
Among the 100 featured companies, Hoozing, Logivan, Loship and Med247 made it to the list; Forbes Asia recently released the inaugural 100 to Watch list, which spotlights notable small companies and startups on the rise across the Asia Pacific region.

Malaysia-based app for part-time workers bags $950k in Series A from Shopper360
Troopers matches users to part-time positions that suit their capabilities; After landing a job, users can check in for attendance, make field reports, and be notified about salary payment via the platform.

Why being a young entrepreneur is better
Whether to pursue a passion project, start a business, or bring this mindset into a job, it is almost always disadvantageous to start early. In fact, it’s the best time in life to fail!