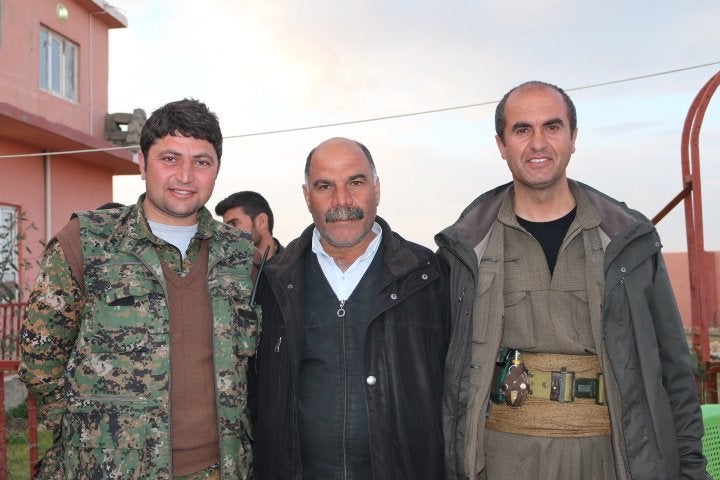 
Three Yazidi fighters, including a local chief of Iraq’s powerful Hashed al-Shaabi coalition, were killed Monday in a Turkish airstrike on northwest Iraq, Agence France-Presse reported, citing a security source. The source, speaking to AFP on condition of anonymity, said Hassan Saeed died along with two comrades as their car was hit on the road to Sinjar, the heartland of Iraq’s Yazidi religious minority. Saeed headed the Sinjar Resistance Units, set up in 2014 to protect the Yazidis from the Islamic State (IS) group before being integrated into the mainly pro-Iranian Hashed. 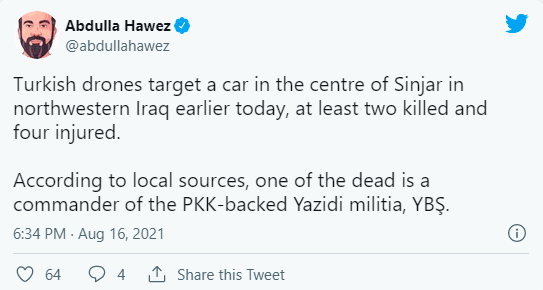