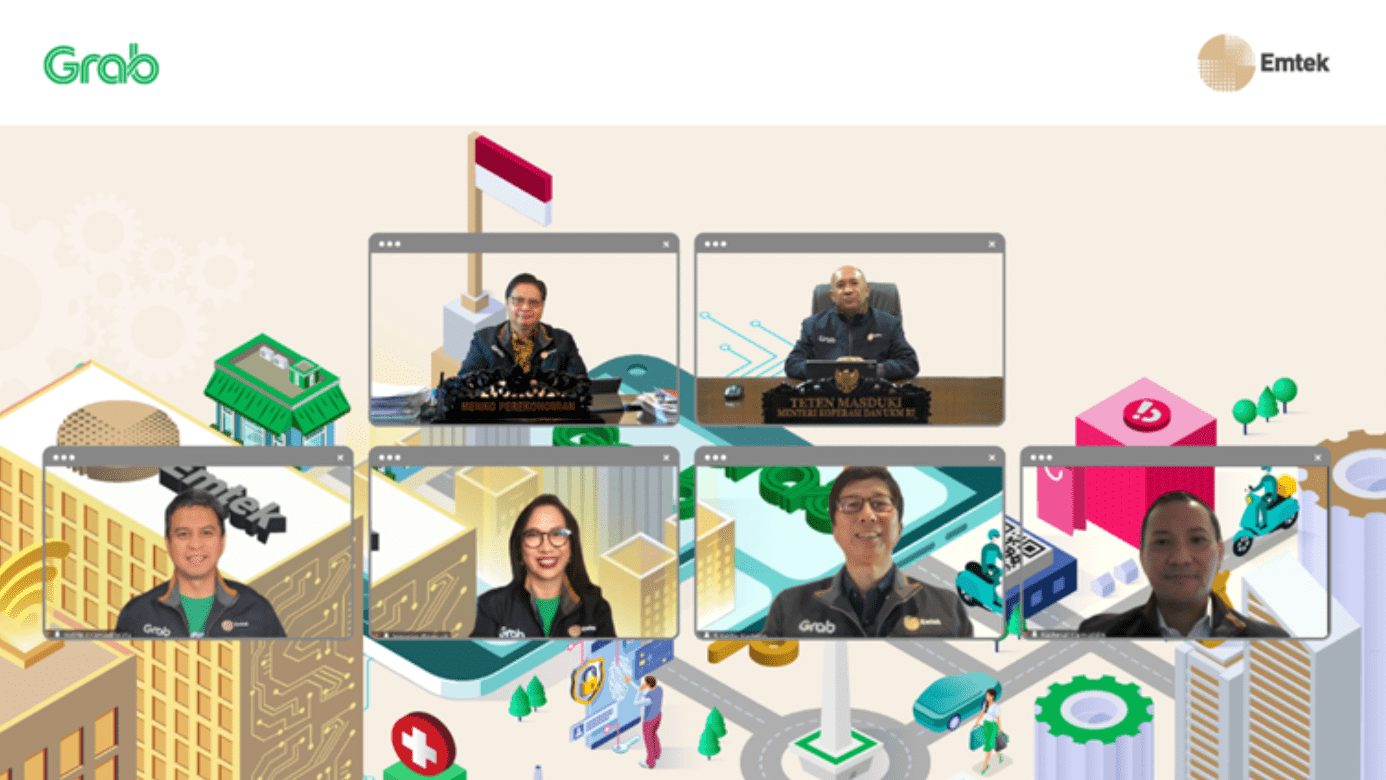 Grab has also completed its investment in Grab. In April, The Straits Times reported that Grab acquired a 4 per cent stake in Emtek.

Citing a source, the report stated the transaction was valued at more than IDR 4 trillion (US$274 million) and took place in a recent private placement sale of Emtek shares.

The deal was reportedly transacted through an investment company named H Holdings Inc., which joined Korean web search giant Naver Corporation in the sale of shares amounting to 8.4 per cent of Emtek’s capital.

The partnership will seek to leverage the scale and strengths of both the companies’ respective ecosystems to drive two objectives. They are 1) to accelerate digitalisation and create more income opportunities for millions of small businesses and everyday entrepreneurs in Indonesia, and 2) to create more accessible digital offerings for everyday Indonesians even in the least digitized areas.

Both Emtek and Grab will explore potential collaborations across logistics and e-commerce, in financial services, telemedicine, advertising & digital media, as well as digital products for traditional kiosks or warungs.

An immediate priority for the alliance is to bring greater digitalisation to the outer cities of Indonesia. Of all the businesses in Indonesia, 99 per cent are MSMEs, of which only 21 per cent have a digital presence. Grab and Emtek will host Festival Kota Mapan (Kolaborasi Nyata Untuk Masa Depan), an extensive accelerator programme targeting MSMEs located in Tier II cities.

The first festival programme, to be held in Solo in September 2021, will target 1,000 MSMEs. It will focus on an integrated assistance programme aimed to enhance their capabilities through curated and intensive training and customised technology solutions supported by Bukalapak, GrabFood, GrabKios, and GrabMart.

Festival Kota Mapan adds to existing collaborations between Emtek Group and Grab. Grab already has existing partnerships with Bukalapak to provide services, such as instant and same-day deliveries through GrabExpress, and GrabKios digital products such as mobile top-ups on the Mitra Bukalapak platform for kiosk owners in 500 cities.

Grab and Emtek will also explore joint opportunities to invest in and mentor Indonesian startups, through KMK Online and Grab Ventures Velocity.

“We hope that the collaboration between Grab and Emtek Group will create a positive impact on Indonesia’s economic recovery and accelerate a more equitable digital economy in the country. Hopefully, the synergy between Grab and Emtek Group will support Indonesia to be one of the big five digital economy countries in the world by inclusively embracing MSMEs, including providing technology that is friendly to all people, including people with disabilities, women, and MSMEs in frontier, outermost and least developed regions,” said Airlangga Hartarto, Coordinating Minister for Economic Affairs of the Republic of Indonesia.

Teten Masduki, Minister of Cooperatives and SMEs of Indonesia, stated: “Our MSMEs are more than able to produce innovative and great quality products. Although the majority of them are battling with current challenges, there’s a huge opportunity to scale their business through digital transformation. The government aims to have 30 million SMEs go digital by 20241, and we are grateful that companies like Grab and Emtek Group have taken up the mantle to help our MSMEs in transforming their operations digitally. It is my hope that the strategic partnership between Grab and Emtek Group will also reach more underserved MSMEs such as People with Disability and elderly entrepreneurs.”

Founded in 1983 as a provider of personal computer services, Emtek has evolved into a modern, integrated group of companies with three main business divisions: media, telecommunications, and IT solutions, and connectivity. Emtek’s diversified portfolio spans media businesses with SCTV and Indosiar as two leading national free-to-air TV networks, over-the-top platform Vidio, and other digital businesses such as all-commerce marketplace Bukalapak, online publisher KLY, solutions businesses, and healthcare with the ownership of six hospitals.