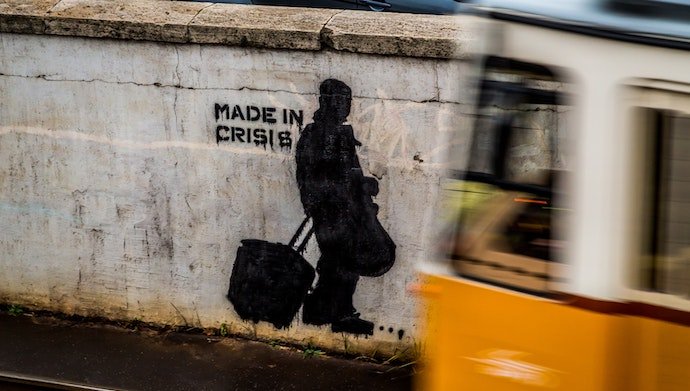 “I’ve not heard of a friend not having a SPAC”, I recall one of the speakers from Wall Street saying that in a conference earlier this year. The statement might come with a little exaggeration, but it did signal how hot SPACs (special purpose acquisition companies) were in 2020 and even hotter in 2021.

As of gross proceeds raised by SPAC IPOs, value increased by 513 per cent in 2020 followed by 34 per cent in 2021. As SPACs continue to gain popularity in the US, SPACs are turning their attention to foreign markets, especially the SEA region, for acquisition targets.

How do SPACs work anyway?

As indicated by its name, SPACs are blank check companies raising funds through IPOs to acquire private companies. Generally speaking, they are formed by experienced management teams or sponsors with some nominal capital invested.

The remaining interest of SPACs is held by public shareholders through the IPO processes of the SPACs shares. Each share offering will also come with a fraction of a warrant as well.

Also Read: The hidden danger in SPACs. Is the hype worth the risk?

Once the SPACs are formed, the rules governing them usually require the SPACs to identify firms they can merge with within two years otherwise the SPACs will be wound up and IPO proceeds would be returned to the investors.

Once the SPACs have identified target companies, their public shareholders may vote against the transaction and push the SPACs back to target searches, though in practice most SPACs come with major shareholders who can ensure the deal proceeds smoothly. Minor shareholders in this case can elect to redeem their shares.

This design helps SPACs to complete their mission within the 24-month timeframe but does leave some risks for future class actions against them. If the SPACs require additional funds for the merger, the SPACs may issue debt or additional shares (typically through PIPE) before the mergers.

Many of these target companies were with the quality, but a more relaxed regulatory environment did leave some grey areas for certain issuers to commit fraud. Eventually, dozens of listed companies through reverse merger were either delisted or halted from trading based on claims of fraud or violations of US securities laws, and a number of others were targeted by short-sellers.

Also Read: The hidden danger in SPACs. Is the hype worth the risk?

According to PCAOB, billions of dollars of market capitalisation have been lost in the US capital market because of the crisis. Scrutiny was raised, confidence was lost, and law enforcement eventually stepped in (Marketwatch, 2016).

Given the short timeframe granted to SPACs to complete the mergers alongside growing competition due to increasing numbers of SPACs in the US capital markets, SPAC sponsors might end up choosing targets not optimal for the shareholders. After all, we only have so many quality targets but there are many SPACs racing to close the deals.

So far, we have seen several failed SPAC deals. For example, after the merger with SPAC Landcadia Holdings, Waitrr, a food delivery platform, lost 96 per cent of its market value, replaced its CEO twice, and eventually faced being delisted from Nasdaq after trading below US$1 per share for 30 days.

On the other hand, Multiplan’s top customer UnitedHealth Group Inc. withdrew from the relationship to form its own competing unit shortly after Multiplan’s merger with SPAC Churchill Capital Corp. III. Multiplan, later on, became a target of short-seller Muddy Water (IFLR, 2021).

There are several other SPAC deals that turned sour, and Stanford Law School has tracked 25 securities class action filings against SPACs since 2019.

Although there are some brutal failures of SPAC merger and a long list of securities class action filings, it’s best not to let availability heuristic mislead us plus the lawsuits may be in cases of pettifogging, for instance claiming that the SPAC sponsors have not disclosed sufficient information to minor shareholders to make judgment hence the choice to redeem SPAC shares could not serve its purpose.

However, there are in fact several measures and tools typically implemented in SPAC deals to address conflict of interests among sponsors, SPAC shareholders, and target shareholders. For instance, as in many suits brought by SPAC shareholders, the business judgment rule is usually unavailable as the sponsors receive part of the target company ownership after the merger deal.

The entire fairness standard on the other hand would incentivise SPAC sponsors to request fairness opinions from independent parties before proceeding with the deal (Baker Mckenzie, 2021). Secondly, the warrants attached to the SPAC shares will come with an exercise price higher than the issuance price of the SPAC shares.

It creates another layer of incentive, an enticing proposition for the SPAC sponsors to acquire quality targets at fair offers. Lastly, the SPAC sponsors’ founders’ shares and warrants are usually locked up for a certain period (typically one year but subject to negotiation at the inception of SPACs) starting from the date of Super 8-K filings.

On the other hand, the targets’ shareholders are usually expected to sign a lock-up agreement before the merger as well, typically 180 days of lock-up from the closing date.

SPACs are effective and streamlined tools to bring capital market access to private companies. But nothing in the world comes with only benefits if adopted too much and too often. With growing numbers of SPACs hunting for available targets, it is expected that more caution and mechanism will be exercised by the government and players to better safeguard the value of stakeholders.

The post Can SPACs avoid another reverse merger crisis? appeared first on e27.