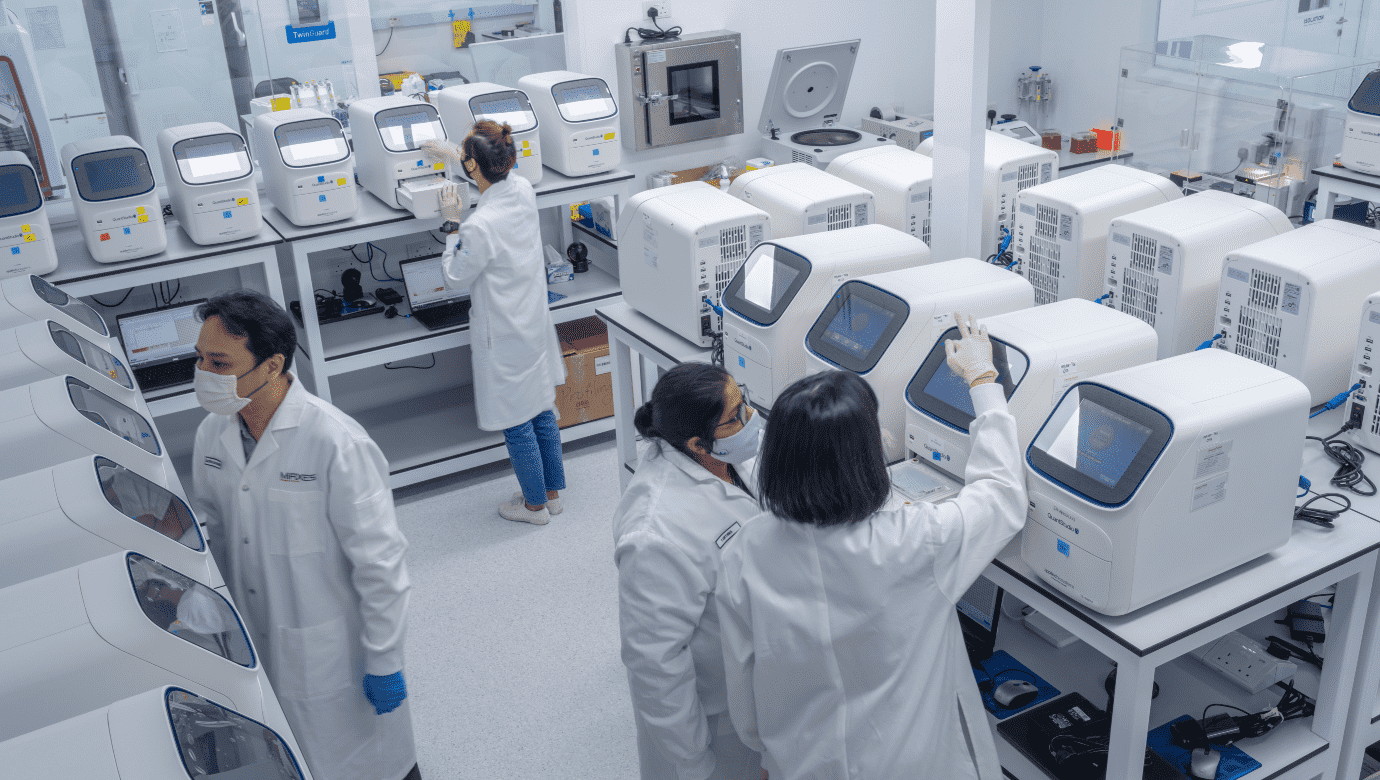 Established financial institutions from the US, Singapore, China and Hong Kong, including CCBI and Keytone Ventures, also participated.

This round brings MiRXES’s total amount raised since inception to US$120 million.

The new investment will be used primarily to fund the development and commercialisation of MiRXES’s pipeline of multi-cancer early detection tests that look for blood-borne microRNA and other molecular signatures released by cancer and immune cells.

The firm currently collaborates with leading academic and clinical institutions in Singapore, the US, China, Italy and Japan to conduct large-scale clinical studies on lung, colorectal, liver, breast, and pancreatic cancers with a total enrolment of more than 30,000 participants.

MiRXES will also use a portion of the capital to accelerate regulatory approval and adoption of GASTROClear, an RNA-powered blood test for the early detection of gastric cancer, in China, Japan and selected countries in Asia, Europe and the Americas that have high rates of gastric cancer. Launched in 2019, GASTROClear’s multi-cancer early detection pipeline includes screening tests for lung, colorectal, liver, and breast cancer.

The company’s China operation is launching a 12,000-strong prospective clinical trial to seek registration of GASTROClear as a screening test with China’s National Medical Products Administration. In markets where this test is approved, MiRXES is working with healthcare, insurance and laboratory partners to enable greater accessibility of GASTROClear to populations at risk of developing gastric cancer.

In anticipation of the growth, MiRXES is doubling its global talent pool to 400 staff over the next two years with a significant build-up in R&D, data science and commercial teams in major markets.

“With this fresh funding, MiRXES will bring forward our plans to deliver a comprehensive portfolio of non-invasive screening tests for early detection of six major cancers, and to expand the use of our platform RNA technology for cardiovascular, metabolic and infectious diseases research and diagnostics globally,” said co-founder and CEO Dr Lihan ZHOU.

Also Read: Ageing gracefully: Why GERO is optimistic about its chance in the race for anti-ageing drug

Founded in 2014 as a spin-off from Singapore’s Agency for Science, Technology, and Research (A*STAR) with strong support from the National University of Singapore (NUS), MiRXES develops RNA-powered tests for disease early detection, with pipelines in multiple cancer types, as well as in cardiovascular, metabolic and infectious diseases.

It has operations in China, Japan and the US, as well as commercial activities in over 45 countries, globally.