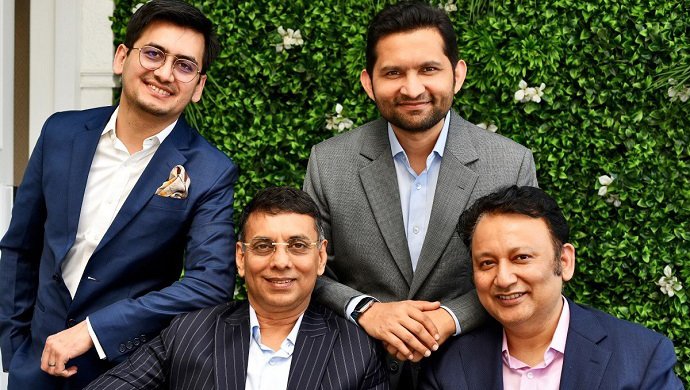 Major global economies are always looking out for ways to create new and exciting jobs, stimulate the economy, and bolster innovation in technology. With these key goals in mind, it is imperative for countries to focus on areas where all three goals intersect: the tech startup ecosystem.

As one of the many ways to become a self-reliant economy, a country needs to have a robust startup ecosystem and a strong network of accelerators that are designed to support and embolden these startups. With India’s plans to transform itself into a self-reliant economy, 9Unicorns plays a crucial role in strengthening the country’s startup ecosystem, and by extension, the economy.

9Unicorns, an early-stage accelerator and VC fund launched in late 2019, has already become the largest player in the country after investing in over 60 unique technology startups with a cumulative valuation of nearly USD 450 million. Co-founded by Dr Apoorva Ranjan Sharma, Anil Jain, Anuj Golecha, and Gaurav Jain, the Mumbai-based USD 72-million sector-agnostic fund provides up to USD 100K per startup in the first round, and up to USD 2 million in successive rounds with its ecosystem of co-investors. The fund is scouting for startups beyond the top Indian metros.

“9Unicorns is helping build a community where early and idea-stage startups can get more personal and systematic advice which the country used to lack. We ensure that the founders have a great starting up experience as lack of mentorship is the second most important cause of why startups fail. Lack of funding is still the first reason,” said Dr Apoorva Ranjan Sharma, Co-founder and President of 9Unicorns.

He further added that 9Unicorns is on a mission to help strengthen early-stage investing and help create quality startups that have the potential to become billion-dollar companies in the future.

Built on the lines of the US-based accelerator Y Combinator, 9Unicorns was launched by the country’s largest integrated incubator, Venture Catalysts (VCats), to identify the best ideas and most promising early-stage startups from India.

India’s startup ecosystem is thriving and the birth of 16 Unicorns this year so far is a testimony to the fact that the emergence of quality accelerators and incubators such as 9Unicorns are playing a major role in providing the basic necessities that come with opening a young startup. At present, India is home to about 50 Unicorns (by valuation) and has the potential to create about 100 more in the next two years.

9Unicorns’ platform provides innovative startups with initial handholding, funds, a world-class mentorship programme, and a go-to-market strategy with an idea to create more potential Unicorns in the near future.

While doing that, 9Unicorns also ensures that the accelerator doesn’t interfere in the day-to-day operations and running of the participating companies. “Founders of the startup smart know their product well. We only help them to grow further, raise bigger rounds, and grow their presence in different markets. The larger idea is to create a community of startups that help each other,” as per Dr Sharma.

To help its portfolio companies raise bigger up-rounds, 9Unicorns is launching its first-ever showcase of startups. Called D Day, the event will showcase about 30 shortlisted portfolio startups including 15 from its parent, Venture Catalysts, and enable them to present their ideas before a global marquee of investors on August 11-12.

These startups emerged from various sectors including deep-tech, artificial intelligence, defence tech, fintech, and health-tech amongst others.

“We are super confident that each of our 30 portfolio startups presenting on those two days will be able to impress the global VCs and bag the funding they deserve. The growth of these startups would automatically boost the economy and help in creating more employment,” Dr Sharma added.

Also read: Scaling your startup: A closer look at building your local entity and remote teams

The 30 startups have been selected after rigorous workshops, coaching sessions, mentoring sessions, and proof of concepts (PoCs) that were conducted virtually, in the wake of the remote working conditions due to the COVID-19 pandemic.

The D Day will see over 100 investors from across geographies that include major economies like the US, UK, China, Hong Kong and Singapore.

As a responsible accelerator fund and as part of its efforts to put Indian startups on the global map, 9Unicorns will be organising the Global Demo Day every quarter with the assurance that each edition would see the presence of some of the finest startups from the 9Unicorns family.

To learn more about 9Unicorns, you may visit their official website for more details.

This article is produced by the e27 team, sponsored by  9unicorns

The post India’s first accelerator and VC fund gears up for its maiden demo day series appeared first on e27.