Building the rainbow bridge: How businesses can foster Diversity & Inclusion in the workplace 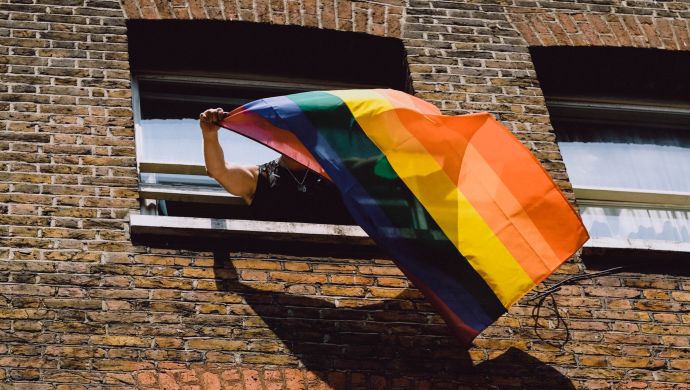 For LGBTQ+ professionals, the unfortunate reality is that the discrimination that they face in their personal lives can also be found in the workplace. This phenomenon — known as the “rainbow glass ceiling“– can prevent them from progressing in their career and realising their true potentials.

“Overt homophobia and indirect aggressions at the workplace do happen and the trickle-down effects are real,” Kennede Sng, co-host of Singapore-based LGTBTQ+ podcast series The SG Boys, tells e27.

“For one, identity self-censorship is something that LGBTQ+ persons struggle with. This refers to queer individuals hiding aspects of themselves, sometimes even going as far as presenting an untrue version of themselves out of fear of exclusion or being denied opportunities,” adds Sng.

Even in Thailand, a Southeast Asian country that is perceived as having a relatively open attitude for the community, LGBTQ+ professionals are going through a similar struggle.

In an interview with e27, Best Chitsanupong, founder/director of Chiang Mai-based youth organisation Young Pride Club, explains the barriers that LGBTQ+ fresh graduates faced when applying for jobs. She gives the examples of university students who were unable to wear clothes that reflect their gender identity in their transcript or certificates, making it harder for them to apply for internships or jobs.

“She applied for a job in several companies but received no replies. She assumed that this is probably because these companies may not be finding match between her application and identity. She eventually got rejected,” Chitsanupong explains.

According to her, this is in line with the findings of a UNDP study on discrimination and social attitudes towards LGBTQ+ people in Thailand.

“The survey revealed that non-LGBTQ+ respondents have favourable attitudes towards LGBTQ+ people and support equal right and equal access to services for LGBTQ+ community. This supports drop when it comes to accepting LGBTQ+ people as family members, fellow workers, students and social acquaintances,” the report reveals, citing both formal and informal discrimination faced by LGBTQ+ people in Thailand.

Also Read: This gay founder is creating a safe media platform for LGBTQ community in SEA

Things are no different in other parts of SEA either; in Indonesia and the Philippines, LGBTQ+ professionals are also forced to hide their gender identities, and this practice has a profound impact on their career progression.

“In the Philippines, for instance, a number of companies require their trans employees to wear uniforms that match their assigned sex at birth, lest they lose their jobs. One of our employees shared her experience as a trans-person in her previous company. She received a memo for using the women’s comfort room. She was further asked to use the comfort room dedicated to people with disabilities instead,” says Victoria Alcachupas, Vice President of Business Development, People Branding, Marketing, and Communications, at TaskUs.

So what can businesses do to ensure that employees of all background can strive in a safe and supportive environment?

In this Pride Month Special series, e27 speaks to companies and NGOs about building Diversity & Inclusion (D&I) in the workplace, and what LGBTQ+ professionals need and how employers can meet that.

What D&I are made of

Before we get to the details of what a company that has successfully implemented D&I looks like, we can start by pointing the result that they can achieve by having an inclusive workplace.

GAYa NUSANTARA, an Indonesia-based NGO advocating for the LGBTQ+ community in the country, gives e27 the parameters of such an organisation.

“We strongly believe that a company that has successfully implemented D&I has a wide spectrum of diversity in its employee roster, which ranges from diversity in geographical presence, ethnicity, culture, gender and sexuality, religion, age as well as physical and mental disability,” says Purba Midnyana, Communications Officer at GAYa NUSANTARA.

“There should also be a high happiness index that leads to a lower turnover rate; this is due to a high sense of ownership in cultural and environmental aspect [of a workplace],” he continues, citing a 2018 report by McKinsey about diversity in the workplace.

Sng of The SG Boys shares the five traits of an inclusive workplace. These workplaces have:

1. An established code of conduct among employees that explicitly bans discrimination on the basis of sexuality and gender identity.

2. Employee networks or initiatives that allow LGBTQ+ persons and allies to connect — which is especially relevant for larger companies with existing D&I initiatives.

4. A signal of allyship from senior management, which can start from something as simple as introducing themselves in preferred pronouns and inviting others to do so.

5. An internal channel to flag concerns as the standard HR avenues are often not enough to create a safe space for conversation.

In implementing D&I in the workplace, Sng puts emphasis on the importance of collaboration between LGBTQ+ professionals and allies which can be facilitated by the management.

Also Read: Riding the irony: Can Indonesian GO-JEK afford supporting LGBTQ rights in a country that condemns it?

“Speak to management on creating spaces where LGBTQ+ persons and allies can gather and share ideas. It truly takes a village. A ‘grassroots’ strategy will help to put initiatives into practice and can show how LGBTQ+ concerns are actively represented in the company,” he explains.

But today, especially in the SEA tech startup ecosystem, is there any example of companies that have done it right?

Singapore-based proptech startup 99.co is one that allows its employees to express their gender identities starting from the use of pronouns. While the company is yet to provide spouse benefits due to several constraints, it encourages employees to bring their partners and families, same-sex and otherwise, to company events.

“Every new LGBTQ+ employee that joins us is fully aware of our culture, hence it allows them to be at ease quickly and become comfortable with sharing their preferred pronouns with other colleagues during their first week at work. Once they have made it clear on their preferred pronouns, everyone plays a part in being conscious and correcting others when the wrong pronouns are used,” 99.co COO Yan Phun explains to e27.

“Our People/HR team also has an open-door policy for anyone who faces issues at work, including discrimination, and they can make a report anonymously should they feel uncomfortable to reveal their identities,” Phun adds.

The principles of D&I that the company is embracing can also be seen in the products and campaigns that they are launching for their customers. For example, 99.co runs an annual “Home for All Campaign” to raise awareness for the discrimination faced by LGBTQ+ individuals at home and in Singapore.

It also introduces features such as the “Diversity Friendly” tag in its property platform. The feature started out as the “All Races Welcome” tag in 2016; its creation was inspired by 99.co CEO Darius Cheung’s personal experience with racial discrimination from agents and landlords.

“As our company and audience base grew, we saw an increase in discrimination faced by other minority groups outside of race and felt that the tag needed to evolve as well to address these groups. Although this tag remains optional for agents and landlords and it is not a comprehensive solution to the larger issues, we felt that it was the least we can do to raise awareness and create a safer space,” Yan Phun elaborates.

“Hence, we decided to relaunch this tag under a new name and also include an info tip to the tag that explains what this tag stands for. There was no resistance within the team when we decided to roll this out and it was like a matter-of-fact that this should be done.”

TaskUs, a digital outsourcer, was one of the first companies in the Philippines to offer healthcare benefits to LGBTQ+ partners.

“During the time when this practice wasn’t common, we worked with our HMO partner to come up with a plan that would cater to our employee’s nominated beneficiaries regardless of the absence of a SOGIE law/ordinance,” Alcachupas explains.

Apart from that, the company also allows employees to use their pronouns in both formal and informal settings, and have even introduced gender-inclusive restrooms and sleeping quarters in their TaskUs Philippines sites.

It also has an employee resource groups (ERGs) called Unicorns@TaskUs, which consists of LGBTQIA+ employees and allies. The ERG creates programmes, organises events, and helps leadership craft policies on D&I.

“Each ERG has an executive sponsor that supports the initiatives of its members and puts it forward to the agenda of leadership teams. Apart from securing budget for ERG initiatives and projects, executive sponsors represent the group’s interest during the creation and review of company policies and activities,” says Alcachupas.

“By having executive sponsors, members of ERGs can be assured that they have someone at the table of decision-makers to empathise with their needs and to voice out their feedback and policy suggestions. As stakeholders, ERG members are also consulted on how these policies will be carried out throughout the organisation.”

For these companies, having an inclusive work environment does pay off.

“Having an inclusive environment definitely improves our employees’ productivity, as they are able to focus on their work and put in 100 per cent when they are being their authentic self. This also promotes transparency and eliminates unnecessary resistance caused by fear of being misgendered or misunderstood when it comes to cross-team projects,” says Yan Phun.

“As a company, this has also helped us attract various talents from the LGBTQ community who applied to work with us specifically because of our inclusive culture.”

Certainly, this was only the beginning. While some companies in SEA have started to embrace D&I policies in their operations, there is still a need to continue the conversation about this issue.

It was still fresh in our mind when a Gojek executive received a backlash for speaking up about D&I practice in their company several years ago.

In building D&I, Alcachupas puts an emphasis on three things. Firstly, the initiative has to come from the top; secondly, the management should always do their best to listen to the employees; and lastly, as leaders they need to start the conversation.

“Apart from lending an ear, letting them know that they have a voice is vital in terms of helping them grow professionally and personally. This will also establish a safe and mentally healthy environment for your employees,” she stresses.

Also Read: How to use Maslow’s hierarchy of needs to drive resilient leadership in 2021

“Our difference makes us an asset, not an opportunity to meet a diversity quota. Ultimately, everyone wants to be recognised and valued for the skills they bring to the table. It is my hope that anyone who identifies with being on the LGBTQIA+ spectrum steps into their office feeling celebrated, not hindered, by their identity,” says Sng.

Ideally, as a champion for innovation and disruption, the tech startup ecosystem should in the forefront of this movement. As we continue to seek ways to improve the way we work –to realise the #futureofwork– D&I should be a key agenda for every business.

Especially as the pandemic provided us with the opportunity to look within and re-examine how we are doing things.

The post Building the rainbow bridge: How businesses can foster Diversity & Inclusion in the workplace appeared first on e27.