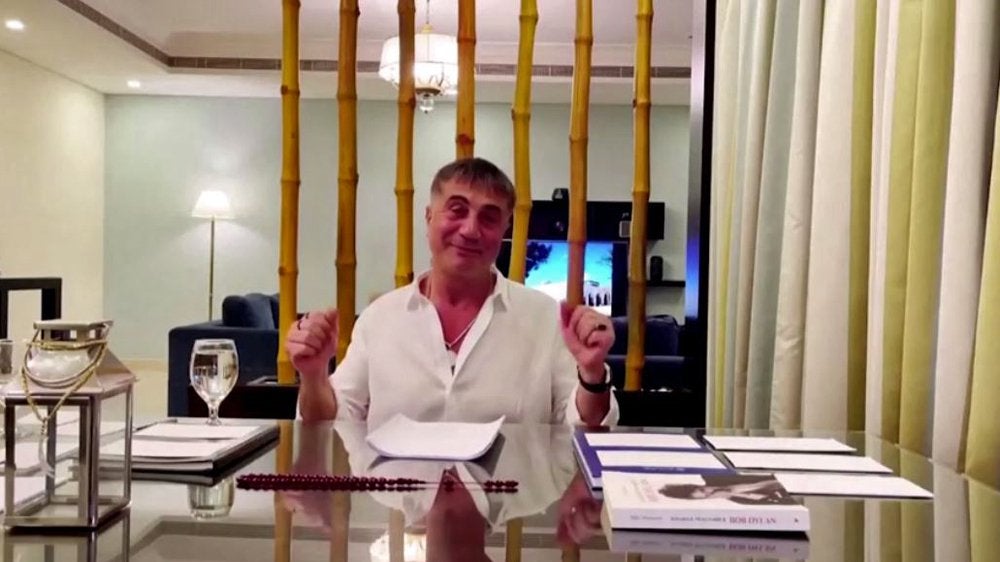 
Accusations of drug trade, bribe, corruption and more after his villa in Turkey was raided by the police.

Politics in Turkey have took a messy turn as Mob Boss Sedat Peker has released 8. videos, all over 6 Million views, and some reaching as highs as 10 Million and 17M, in all of which he put out serious allegations against AKP ministers, such as the last Prime Minister’s (Before the abolition of the PM office) son being involved in drug trade back in Venezuela, which the former PM said that his son only visited Venezuela to giveaway test kits and masks, but the problem was that there were no official reports of support going to Venezuela between the alleged dates, October-December 2020. Some believe that it is unlogical for a figure like him to supply Venezuela with 300 cases, while there were 30.000 cases in Turkey during that time.

“With the current regulation, businesses or people who want to send a mask to another country must first donate an amount equal to the number they will remove from Turkey to the State Supply Office (DMO). After this process, DMO notifies the grant amount to the Ministry of Health, Turkish Medicines and Medical Devices Agency (TİTCK). TITCK also gives preliminary export permission for the same amount of masks to the business or person in question. In another alternative, a special export permit can be obtained directly with the “written consent” of the Minister of Health. The exporters of personal protective equipment, consulted by Cumhuriyet, draw attention to the fact that it is a necessity to fulfill all procedures for more than 50 masks to be exported, and that the export transaction within this scope should be included in the customs records of the Ministry of Commerce.”

The current Interior Minister is being accused too, as the situation is still ongoing, there are also now allegations of a MP being paid extra 10K$. Before all of this, there were already proved cases of Ministers and MPs being paid more than usual, and some MPs not even being in the parliament for months but being paid.

This has not affected approval as much as the latest full lockdown that took place a week or two ago, many workers suffered from that, their financial problems were already bad but during the latest lockdown it worsened, with almost zero support from the government.

Although Sedat releases a new video once a week, (Last one uploded 4 days ago as of the time I am writing) he is supposed to upload another extra video about Erdogan after June 13, a day later after Erdogan’s visit with Biden, and it will be after his next upcoming upload. He has been more agressive against Erdogan since Erdogan called him out, although Erdogan’s response was a month late as he had not made any statements about Peker until past weeks.

Erdogan still remains strong although much less stronger than the 2018 elections.

It seems as if the election will end within 2 rounds (in which the two individuals with the most votes are against each other, the second round takes place a month or two after the declaration.) as the individual needs 50+% to win, in all of the average polls no one has passed 50%.

This is just a short summary of the situation, to learn more if you are interested here are some articles and sources! 😊