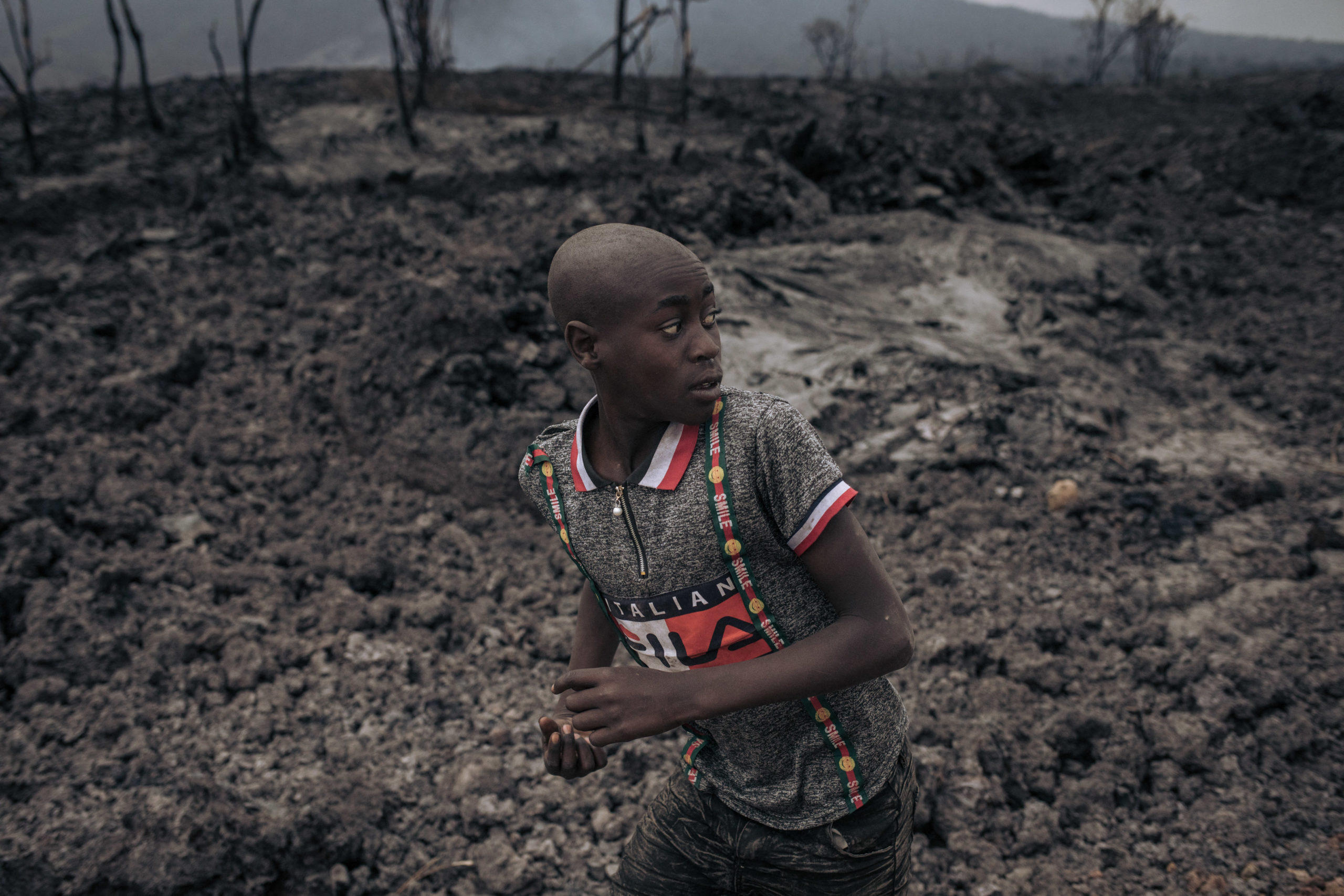 DR Congo’s government said Saturday that the eruption of a second volcano it had announced hours earlier was a “false alarm,” the scare coming a week after Mount Nyiragongo roared back into life, causing devastation and sparking a mass exodus.

The eastern city of Goma has lived in fear since Nyiragongo’s eruption, with rolling aftershocks and the evacuation of around 400,000 residents turning attention towards a looming humanitarian crisis.

“A plane has just flown over the entire area on the sides of this volcano. No eruption was observed,” it added.

“It was instead intense activities of carbonising wood into charcoal, the smoke of which was perceived as volcanic activity.”

Aerial images of Nyamuragira taken Saturday morning and viewed by AFP showed just a few wisps of white smoke in the volcano’s crater.

Goma, the capital of North Kivu province, stands on the shores of Lake Kivu in the shadow of Nyiragongo, Africa’s most active volcano.

Last Saturday the strato-volcano spewed rivers of lava that claimed nearly three dozen lives and destroyed the homes of some 20,000 people before the eruption stopped.

Hundreds of aftershocks have rocked the region since, but the Goma Volcano Observatory (OVG) said Saturday they had significantly decreased in both number and intensity over the past 48 hours.

The OVG’s latest report said that 61 earthquakes had shaken the area in the previous 24 hours.

It said the quakes were “consistent with the continued movement of magma in the Nyiragongo fissure system towards Lake Kivu”.

Scientists have warned of a potentially catastrophic scenario — a “limnic eruption” which occurs when lava combines with a deep lake and spews out lethal gas across a potentially large area.

However the OVG report said a “landslide or large earthquake destabilising the deep waters of the lake causing the emergence of dissolved gases” was now much less likely, while it still “cannot be excluded”.

The OVG did list three likely scenarios for the coming days, in two of which the magma stays underground — whether the tremors continue or not. In the third, the earthquakes cause the lava to come to the surface, potentially in fissures that fracture the streets of Goma.

Around 80,000 households —  400,000 inhabitants — have moved out of the city since Thursday, when a “preventative” evacuation order was given.

Goma was quiet on Saturday, with a handful of vehicles on the semi-deserted streets and only some small shops open, an AFP journalist said.

Most people have headed for Sake, around 25 kilometres (15 miles) west of Goma where tens of thousands are now gathered, or the Rwandan border in the northeast, while others have fled by boat across Lake Kivu.

Congolese President Felix Tshisekedi held a cabinet meeting late Friday in which he called on the government to “redouble its efforts to better deal with the humanitarian situation”.

Criticism has been growing over the government response after Thursday’s evacuation order was met with fear and traffic jams, with many feeling abandoned, not knowing where to go or what to do.

“The state has decided to evacuate the population of Goma and Nyiragongo without giving any help,” citizen movement Lucha tweeted.

Prime Minister Jean-Michel Sama Lukonde defended the government’s response at the cabinet meeting, saying the eruption had “no similarity to previous eruptions in that it occurred without warning signs”.

He also stressed the evacuation took place “in record time”.

The mounting humanitarian crisis comes in a region ravaged by violence between different armed groups over three decades. Access to drinkable water is particularly urgent, according to aid organisations in the area.

Its last major eruption in 2002 claimed around 100 lives and the deadliest eruption on record killed more than 600 people in 1977.

Volcanologists say the worst-case scenario is an eruption under the lake, which could release hundreds of thousands of tonnes of carbon dioxide currently dissolved in the water’s depths.

The gas would rise to the surface of the lake, forming an invisible cloud that would linger at ground level and displace oxygen, asphyxiating life.

In 1986, one of these limnic eruptions killed more than 1,700 people and thousands of cattle at Lake Nyos in western Cameroon.