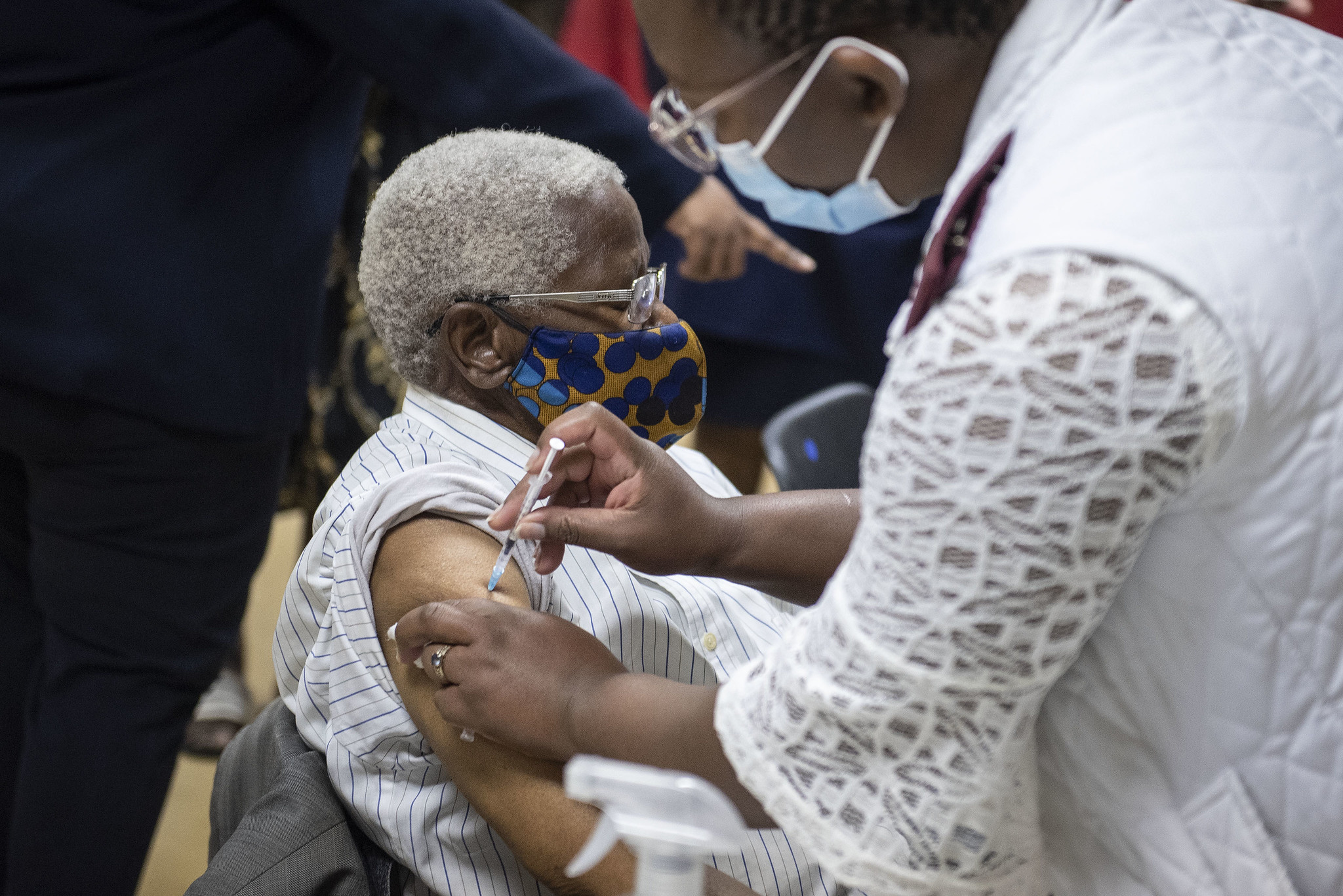 As of Thursday 20 May 2021, the cumulative number of detected Covid-19 cases in South Africa stood at 1,625,003 with 3,641 new cases recorded in a day, Health Minister Dr Zweli Mkhize has confirmed.

61 more Covid-19 related deaths were reported, with 7 from Eastern Cape, 2 from Free State, 17 from Gauteng, 4 from KwaZulu-Natal (KZN), 19 from Limpopo, 0 from Mpumalanga, 0 from North West, 12 from Northern Cape and 0 from Western Cape.

The total number of vaccines administered stood at 597,406.

Use the COVID Alert SA app to protect yourself, your loved ones and your community. Start using this privacy preserving app today. Add your phone to the fight! Download the Covid Alert SA app now! https://t.co/8YKEqaiiRF pic.twitter.com/OH5tnRI6Dp

Seriously ill Covid-19 patients in African countries are more likely to die than those on other continents, which could be because of a lack of critical care equipment, a study published Friday said.

Africa’s populations have so far been less badly hit by the pandemic than other regions when it comes to total number of cases and deaths – but the authors suggest the mortality rate of those who do get sick could be even higher than their figures suggest because of a lack of data.

“Our study is the first to give a detailed and comprehensive picture of what is happening to people who are severely ill with Covid-19 in Africa,” Bruce Biccard from Groote Schuur Hospital and the University of Cape Town said in a statement.

“Sadly, it indicates that our ability to provide sufficient care is compromised by a shortage of critical care beds and limited resources within intensive care units,” Biccard, who co-led the research, added.

The study followed 3,000 coronavirus patients admitted to intensive care units across 10 African countries between May and December last year.

Almost half of them died within 30 days of admission.

When the researchers compared their findings with corresponding studies from other continents, they found the mortality rate was lower elsewhere.

On average 31.5% of critically ill patients died after admission to intensive care in Asia, Europe and the Americas, compared to 48.2% in African countries.

“Poor access to potential life-saving interventions… could be factors in the deaths of these patients, and may also partly explain why one in eight patients had therapy withdrawn or limited,” said Biccard.

The authors estimated that access to treatments such as dialysis and ECMO, a treatment that pumps and oxygenates a patient’s blood outside of the body, was between seven and 14 times lower than what is required to treat severely ill patients.

Unsurprisingly the study also showed that patients with other health issues such as diabetes, Aids or kidney problems were more at risk of dying than those without.

The authors hope their study, published in the Lancet medical journal, will begin to fill a void of data on critically ill Covid-19 patients in Africa.

But noting the limitations of their research, they suggested the situation on the ground could be even worse.

The majority of the 64 hospitals in which the study was conducted were state-funded university hospitals, which are generally better equipped than others.

Some of these – in particular Egypt and South Africa – are among the better medically resourced countries on the continent.

A total of nearly 130,000 people have died from Covid-19 in Africa, compared with more than 1.1 million in Europe and over 3.4 million worldwide, according to the latest AFP tally from official sources.

But the economic cost has been devastating, and the slow vaccine rollout has raised fears that variants could emerge on the continent that would hit Africans and then spread worldwide.