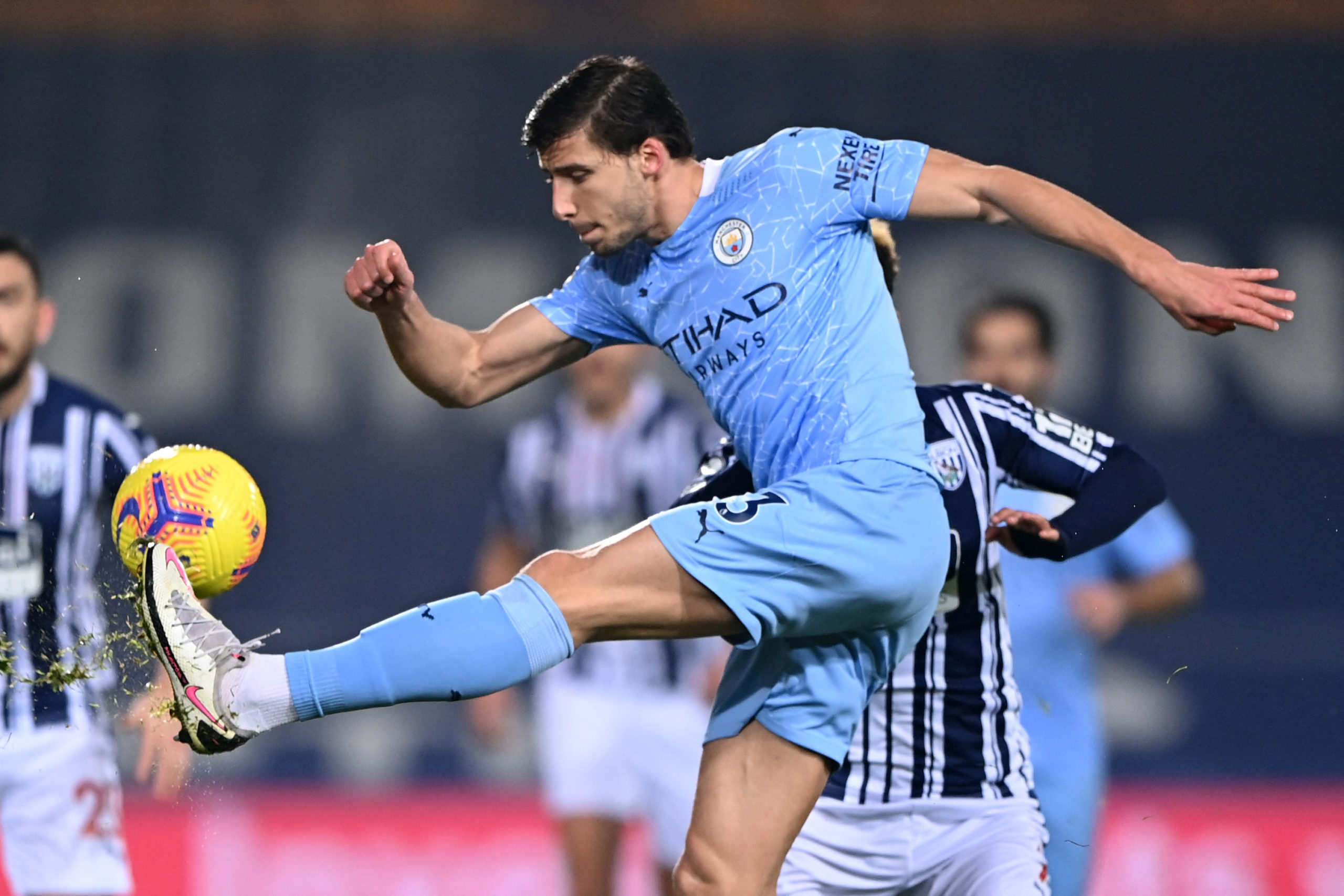 The Portugal international was a comfortable winner ahead of Tottenham forward Harry Kane and City teammate Kevin De Bruyne.

Manchester City defender Ruben Dias has been voted the Football Writers’ Association’s footballer of the year, it was announced on Thursday.

The Portugal international was a comfortable winner ahead of Tottenham forward Harry Kane and City teammate Kevin De Bruyne.

Dias, 24, has enjoyed an outstanding first campaign at the Etihad Stadium since signing for around £65 million ($92 million) from Benfica in September.

He has helped Pep Guardiola’s City win the League Cup once more, regain their Premier League title and also reach the Champions League final, where they will face Chelsea in Porto on May 29.

“It is a huge privilege. Obviously I could not have done it without the success of the team,” Dias said in an interview with the FWA.

“I think me receiving this prize is the major example of how our team works, the way we build our game.

“It reflects all the togetherness we have on the pitch, how we perform and the spirit that is in the team and with these players.”

Dias is only the third player to win the FWA award in his first season in English football.

The last defender to collect the trophy was Liverpool’s Steve Nicol, 32 years ago.

FWA chairwoman Carrie Brown said: “Pep Guardiola improves players, shapes them — but at no point has a new signing arrived into one of Pep’s already trophy-laden teams and exerted such influence.

“Ruben Dias is our Football Writers’ Association’s Footballer of the Year for his leadership on and off the pitch as much as for the infectious joy he derives from executing the art of defending to perfection.”